Dala burst knocks over India A 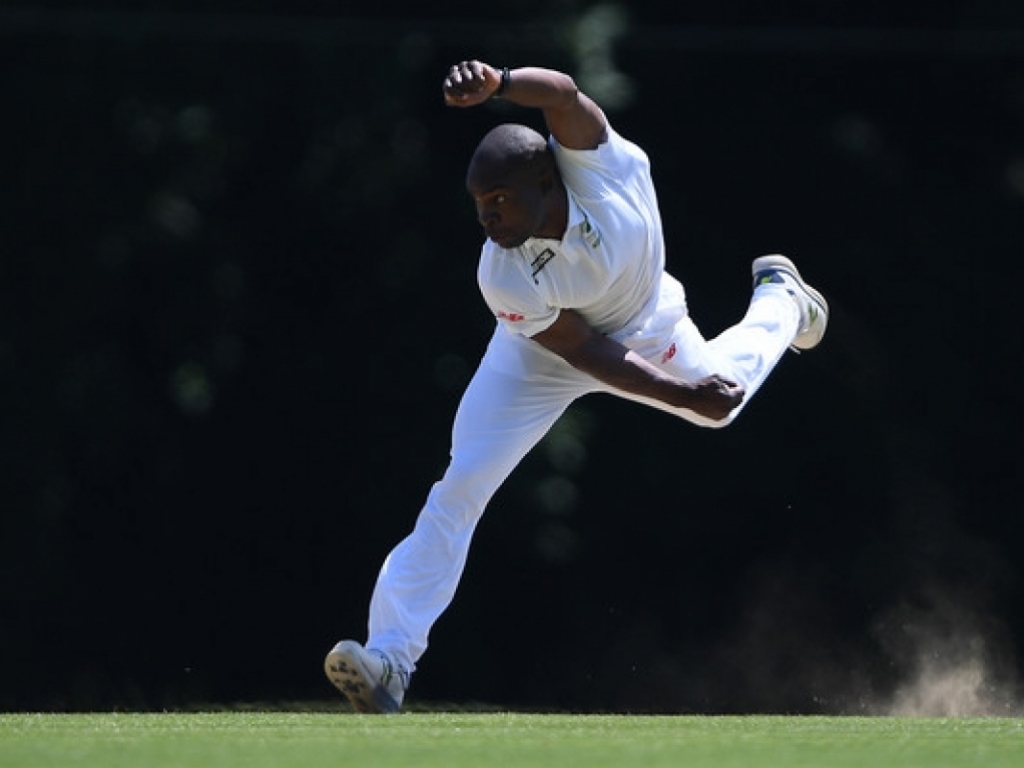 It took just 25 minutes for Junior Dala to dispatch the required four wickets for the South Africa A team to win the first Cricket South Africa (CSA) four-day match against India A by 235 runs at Assupol Tuks Oval in Pretoria on Tuesday.

The Titans fast bowler finished with remarkable figures of 5/36 in his 10.1-over spell.

The visitors were 192/6 at stumps of Day Three, needing 255 runs to win. Dala made quick work of the remaining batsmen, who could only add 19 to the scoreboard before they were bowled out for 211.

Stephen Cook was named the Man of the Match for his 120 in the first innings that helped set up the victory for the hosts.

The Lions batsman is delighted with the manner in which the side achieved their victory and hopes that the momentum gained will serve them in good stead in their second and last encounter in Potchefstroom starting this Saturday.

“We made it our mission to start the series off with a win, that was the big focus for the team and personal accolades should come after that,” Cook said.

“We know that the A side and even the Proteas’ time in England didn’t go too well, so it’s good to start our home summer on the front foot so we can build on to this momentum.”

“We had a good team performance all the way around,” he continued. “I may have gotten the man of the match award but there were a number of performances that contributed.

“Junior Dala this morning bowled with good pace and got the ball to reverse swing a bit and did what fast bowlers should do, which is to wrap up the tail, credit to him and credit to everyone.

“I mean, someone like Dane Piedt who maybe didn’t get the wickets in the second innings, put some good pressure and bowled well into the rough.”

Cook says that the mission for the second match at Senwes Park remains the same; to win the series.

He continued: “The guys will want to go two-nil up and keep the momentum going. When you’ve gone through some tough times where you haven’t won games, it makes guys all the more hungry to do well when times are good.

“Potch will be a different challenge, I’m sure the Indian team will come back stronger.”