Proteas battling to save Oval Test 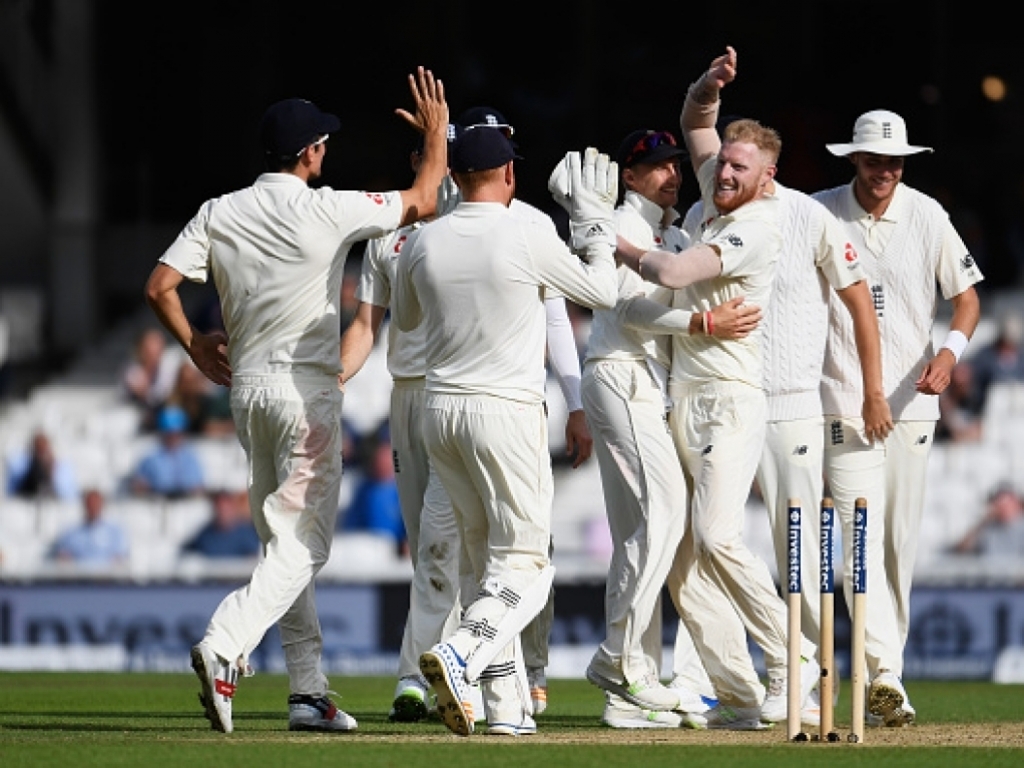 England are six wickets away from winning the third Test against South Africa at the Oval after the visitors were left reeling on 117/4 at stumps on Day four, chasing a mammoth target of 492.

The Proteas got off to a disastrous start in their second innings as they lost Heino Kuhn (11), Hashim Amla (5), Quinton de Kock (5) and Faf du Plessis (0) in the final session after the hosts declared on 313/8.

Ben Stokes bowled a superb spell of 2/29 in eight overs while Stuart Broad and Toby Roland-Jones got a wicket apiece as England look to go two-one up in the series going into the fourth and final Test in Manchester.

Opener Dean Elgar (72 not out) and Temba Bavuma (16 not out) will look to pick up the baton for the Proteas as they face an uphill task of blocking out the entire fifth day to force a draw.

Earlier, captain Joe Root, debutant Tom Westley and wicketkeeper Jonny Bairstow struck half-centuries as the home team upped the pace to set up the declaration on the stroke of the tea interval.

Root hit an even 50 while Westley got his first fifty in Test cricket, striking 59, before he was stumped off the bowling of left-arm spinner Keshav Maharaj.

Bairstow upped the rate in the second session, hitting a brisk 63 off 58 balls as the home team looked for a declaration to allow then enough time to bowl their opposition out.

Maharaj did a decent job for the Proteas with the ball, taking 3/50 off 13.5 overs while Chris Morris took two wickets but was expensive as he conceded 70 from his 11 overs.