Home News South Africa on the brink after late onslaught

South Africa on the brink after late onslaught 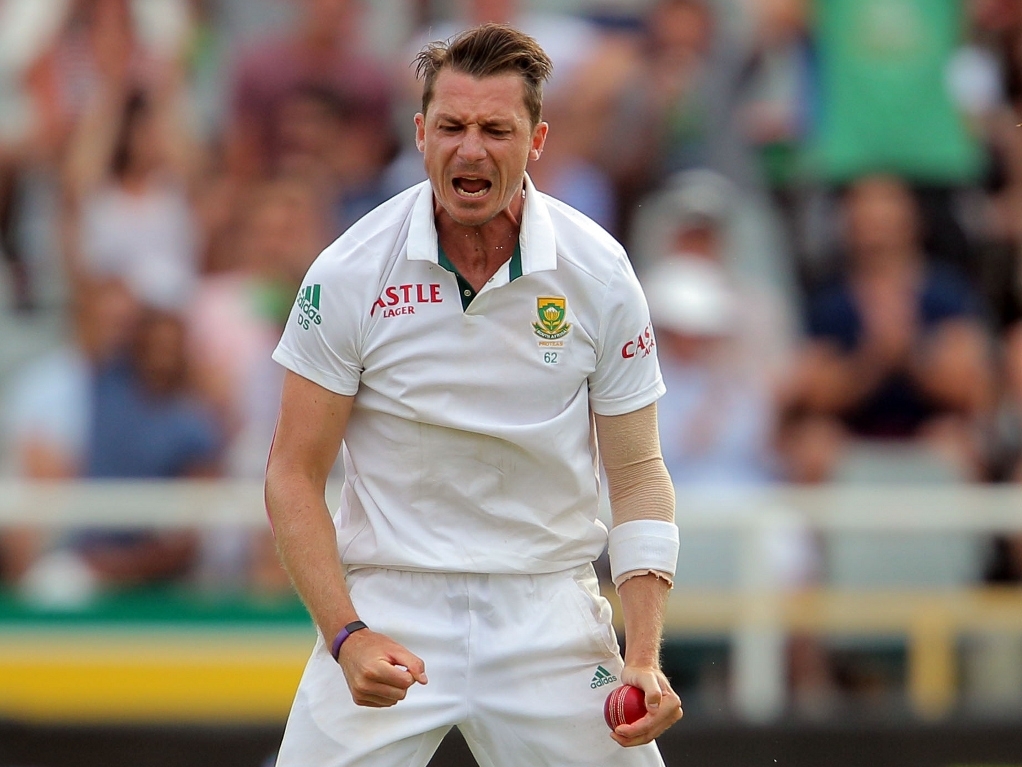 The West Indies batted pretty well when they were finally able to resume their second innings at a rainy Newlands on Monday – but that was before Dale Steyn and Simon Harmer ripped them apart late in the day.

Both the morning and post-lunch sessions on day four were entirely rained out, and Marlon Samuels and Leon Johnson were only able to resume their partnership at 3pm in the afternoon.

The Windies were on 88/2 overnight, just four runs away from wiping out their first-innings deficit, which they promptly did.

Johnson did not last much longer after that, however, with Morne Morkel manufacturing the breakthrough. A shorter ball just moved away from the left-hander, who followed it and nicked it to slip, where captain Hashim Amla gratefully accepted the catch.

South Africa would have hoped this might precipitate a bit of a collapse in the wet and overcast conditions, but at first the West Indies resisted admirably.

Shivnarine Chanderpaul joined Samuels at the crease and the duo proceeded to make slow but steady progress.

Samuels appeared to be enjoying himself out in the middle and marched on to a well-played half-century, but a moment of indiscretion would end up costing his side dearly.

Coasting along on 74 not out, the right-hander decided to have a go at spinner Simon Harman, and ended up offering mid-on a simple catch in front of the boundary rope.

That gave the South Africans a hint of an opening and Steyn was able to exploit it with two wickets in the space of two balls, first making a mess of Jermaine Blackwood's stumps and then angling one in to Dinesh Ramdin, who hit it straight to square leg.

With Steyn creating plenty of problems at one end, Harmer was able to reap the benefits at the other. The newcomer picked up two more wickets in the same over as both Jason Holder and Jerome Taylor holed out in disappointing fashion.

Steyn then picked up his third as Sulieman Benn nicked one to AB at the back, and to add insult to injury, a mix-up between Chanderpaul and Shannon Gabriel saw the veteran batsman run out for 50 to bring an end to the visitors' innings.

There was a bit of a twist in the tale late in the day as openers Dean Elgar and Alviro Petersen had to negotiate three overs before stumps.

Peterson was dismissed for a duck, clean bowled by Sulieman Benn, in the final over, meaning South Africa will resume on 9/1 on Tuesday as they look to chase down 124 for a 2-0 series victory.