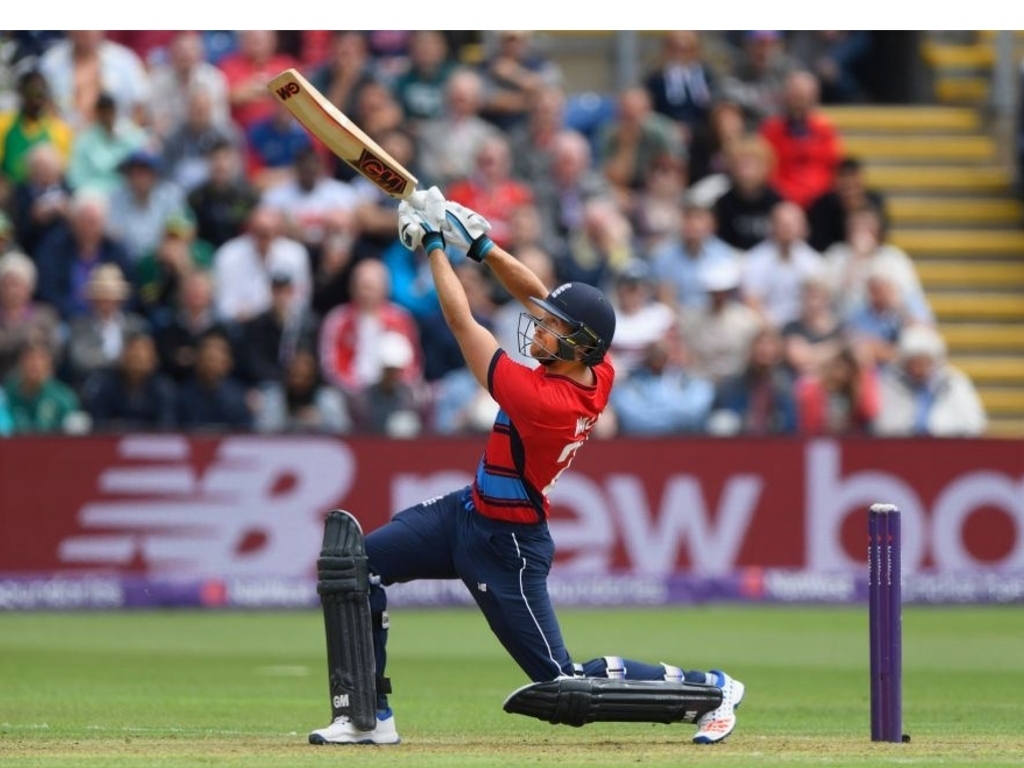 England sealed the T20 series by a 2-1 margin as they thumped South Africa by 19 runs in a decider at Sophia Gardens in Cardiff on Sunday.

South-African-raised Dawid Malan (78 from 44 deliveries) starred for England as his debut knock set England up for a big score of 181 for eight.

England captain Eoin Morgan rested himself so as to make way for young players to have a run and the decision, which caused consternation among English journalists in the press box ahead of the must-win game, allowed Malan a place in the side.

It might have backfired on another day but Morgan’s young side has not only won valuable international experience has been gained by the young men he believes are important to England’s limited overs future.

Joss Buttler captained the team today that was also represented by each of England’s other series debutants: Mason Crane, Liam Livingstone and Tom Curran.

AB de Villiers won the toss and elected to bowl on a fresh and cloudy afternoon in the Welsh capital. Imran Tahir took the place of Tabraiz Shamsi as the spinner in the side.

Wicketkeeper Mosehle dropped a catch early on, on the edge of the ring, and Andile Phehlukwayo dropped a sitter soon afterwards.

Jason Roy’s time of woe continued as he edged Morne Morkel (1-32) to depart for 8 but Malan and Alex Hales (36) would put on a 105-run partnership in a little over ten overs to give England a wonderful platform.

Buttler (31) was the only other batsman to manage a meaningful contribution as wickets fell regularly. Dane Paterson (4-32) bowled beautifully at the death to restrict the hosts to 181 for eight and Morris (1-24) was once again economical, conceding only a run a ball.

South Africa were always behind the drag line in the chase. Reeza Hendricks made a five-ball duck and an experiment to use Chris Morris (8) had little impact. Jon Jon Smuts (29) could not even manage a run a ball and Dave Miller (7) and Behardien (3) failed to trouble the scorers much.

The only time in the chase that things got a bit exciting was when de Villiers (35) hit young spinner Mason Crane for a four and then two consecutive sixes. The SA skipper was going at two runs per ball and Crane was under a lot of pressure bowling to one of the best batsmen in the world and getting hammered. De Villiers went large again but this time was caught on the rope in a deep corner of the ground and Crane, who initially feared the worst, was jubilant in celebration and relief.

It was an underwhelming effort that saw South Africa manage 162 for seven after Mosehle (36) and Phehlukwayo (27 not out) knocked a few boundaries towards the end but the asking rate had already ballooned to an unobtainable level.

A demotivated South Africa will be very keen to forget the three limited-overs legs of this tour as they look ahead to an all-important Test series. Fresh legs arrive on Tuesday in the form of the Test specialists. The first Test is at Lords and begins on the 6th of July.