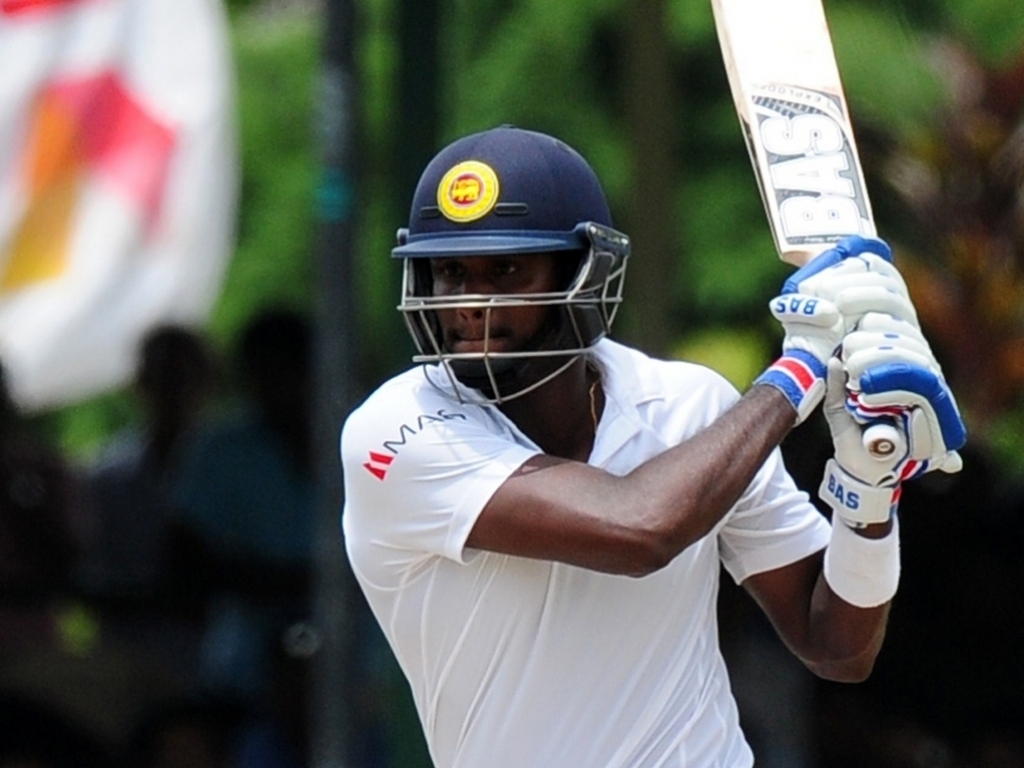 Sri Lanka's pre-match statements about playing aggressive cricket came to pass on day one of the second Test in Hamilton, but late wickets and the arrival of rain saw them stumble to 264 for seven by stumps.

New Zealand won the toss and asked the visitors to bat, and Sri Lanka batted quickly despite the loss of Dimuth Karunaratne for 12. Most of the top order got decent scores in, but none could get to triple figures.

Dinesh Chandimal and Angelo Mathews provided the spine of the knock, with Chandimal again proving his experience by making 47, while Mathews was unbeaten on 63 at the close.

Milinda Siriwardana got some valuable runs under his belt as he bagged 62, at a brisk ODI pace too. He struck three sixes in his innings, but came up short against Trent Boult, who removed him in the 64th over.

Considering they only got 67 overs in on the day, the fact that two more wickets fell after Siriwardana would have been annoying to Mathews, who had urged his players to focus during the key moments.

Boult removed Kithruwan Vithanage for a duck, while Kane Williamson ran Rangana Herath out for four. This left Mathews batting with Dushmantha Chameera, but they did not have long together before rain arrived.

The day saw 27 overs lost, meaning play will begin half an hour early on day two and have time added on at the end, though the weather is expected to curtail things once again.