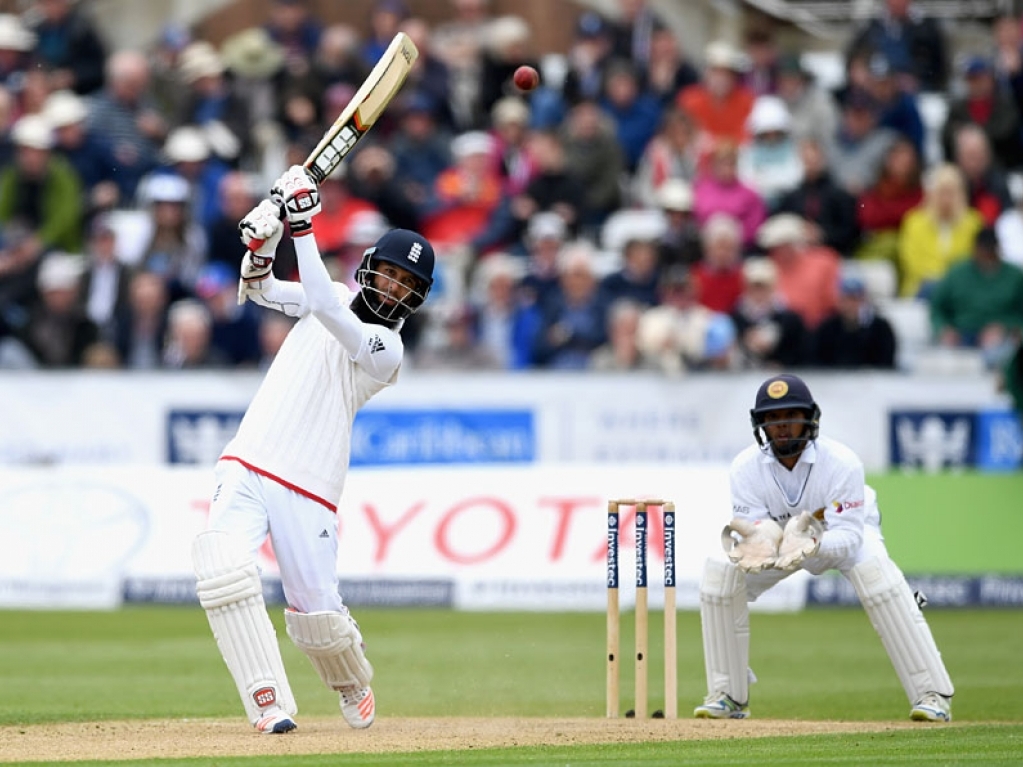 Day two of the second Test between England and Sri Lanka in Durham belonged firmly to the hosts, as they led by 407 runs at stumps, with Sri Lanka on 91 for eight.

England had declared on 498 for nine earlier in the day, thanks to Moeen Ali's superb unbeaten 155, and the home pacemen did the job with the ball to again decimate the Sri Lankan order.

Chris Woakes was the star with the ball, taking three wickets for just nine runs, while Stuart Broad also bagged three, and James Anderson the other two.

The day began with England on 310 for six, with Moeen already well set in the middle. He lasted for most of the day, advancing to his second Test century, while Woakes added 39 off 76 balls.

England declared just before tea, and took the early wicket of Dimuth Karunaratne in the third over. The evening session saw a whopping seven wicket tumble, as Sri Lanka look set for another innings defeat.

England lead the series one nil after winning the first Test inside three days in Leeds. there, Sri Lanka had been removed twice for 119 and 91 following on.