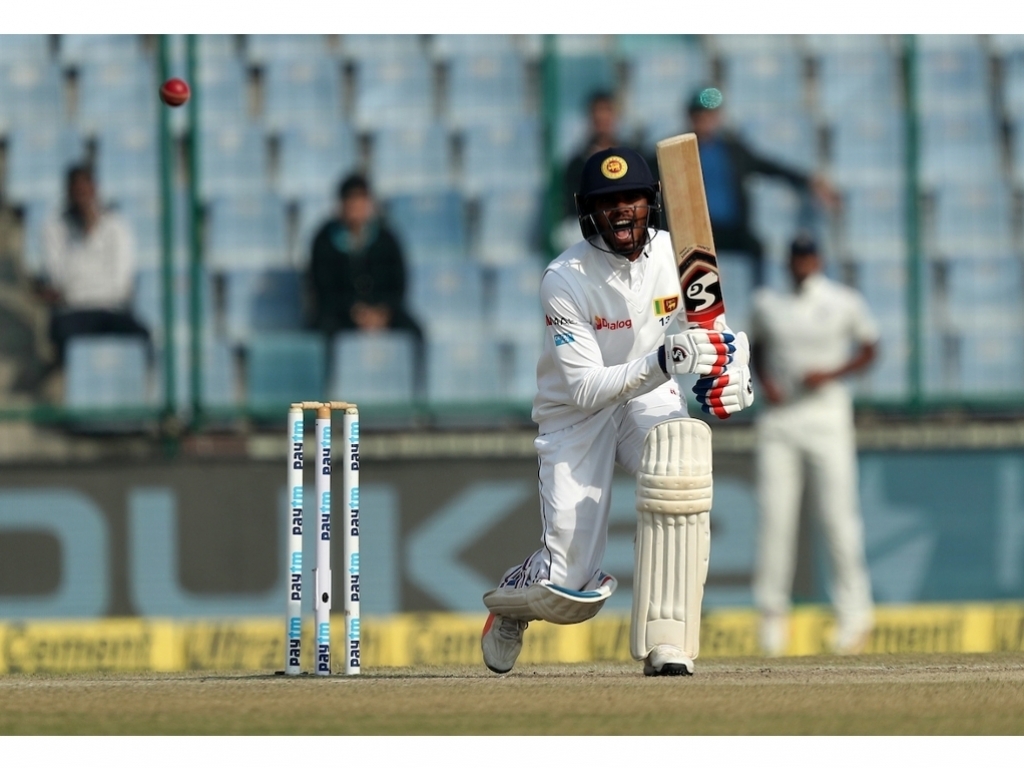 Sri Lanka started day five of the third Test against India in Delhi with three wickets down and only slim hopes of a draw.

However Sri Lanka were able to find some fifth day steel on a wicket that hadn’t deteriorated that much thanks to a reasonable covering of grass.

He found a willing partner in skipper Dinesh Chandimal (36) but after lunch Ravichandran Ashwin found a way through the Sri Lanka captain.

Debutant Roshen Silva showed why he had earned a Test call up playing a level-headed innings and supporting Dhananjaya on his way to a record score for a visiting batsman in the fourth innings in India. 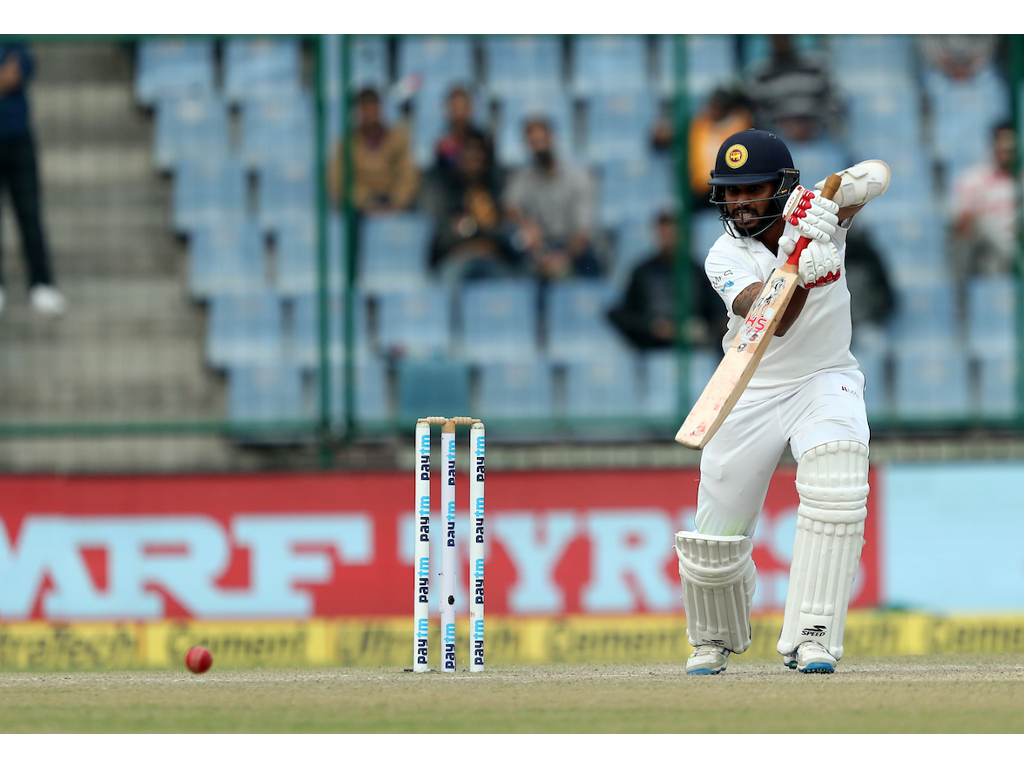 Dhananjaya (119) was forced to retire hurt having injured his hamstring and it seemed that might give India a hole to exploit.

The hosts were however unable to find a way through Roshen or the new man Niroshan Dickwella who was unusally restrained in his approach.

Roshen would end on 73 not out while at the other end Dickwella was unbeaten on 44, Ravindra Jadeja (3/81) was the pick of the India bowlers.

Sri Lanka reached 299 for 5 before the skippers agreed to call the draw.

India take the three match series 1-0 having won the second Test after the first also ended in a draw.