Sri Lanka fight back in Kandy 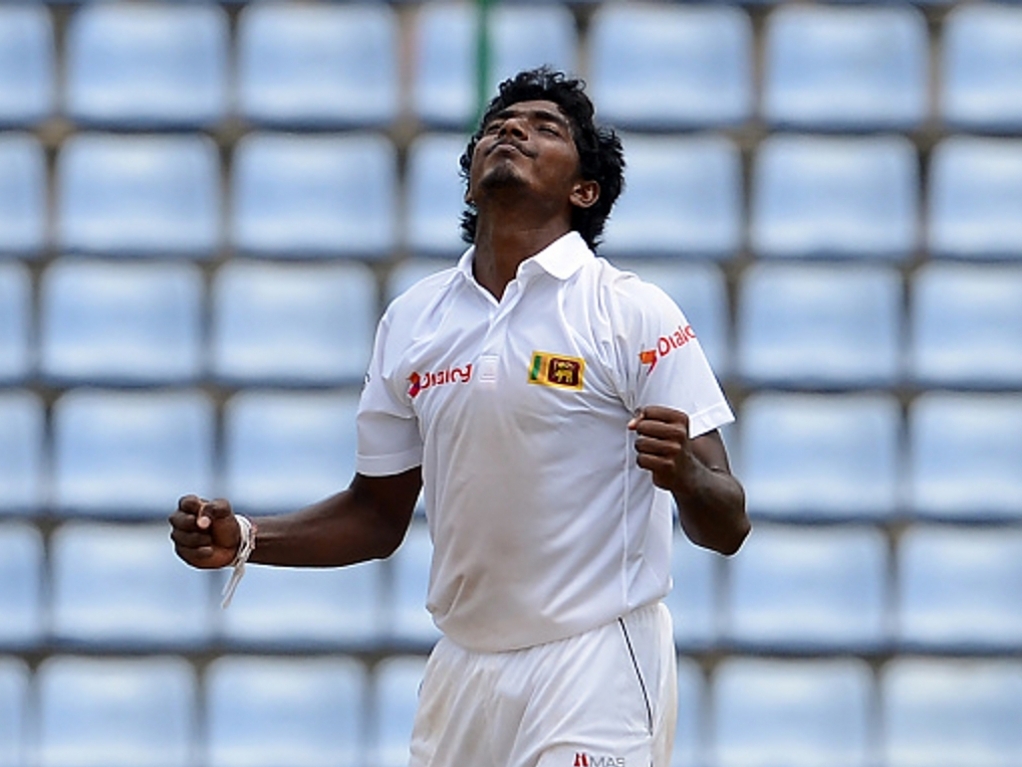 Sri Lanka staged a comeback on day two of the first Test in Kandy, but Australia were still on top when rain again brought proceedings to a halt just before tea. Sri Lanka will resume on day three still 80 runs behind Australia with nine wickets in hand.

Australia could only add 137 runs to their overnight score, as Rangana Herath and Lakshan Sandakan led a Sri Lankan rally with the ball.

The Baggy Green's managed a sluggish scoring rate of 2.55 runs per over, on a day when their commitment to the pre-Test mantra of patience was put under the microscope.

Adam Voges would acquit himself the best of the Australian batsman, as he scraped his way to 47 off 115 balls.

Herath got the day off to a great start for Sri Lanka, removing Australia's captain with his second ball of the morning as the skipper suffered a rush of blood to the head and charged down the pitch only to be stumped.

The spinner would get Smith's overnight partner Usman Khawaja in his very next over, extracting a huge amount of turn to trap the left hander leg before.

A steady procession of wickets would follow with no Australian batsman managing more than Voges' 47 as Herath finished with figures of 4 for 49 and debutant Sandakan cleaned up the tail to earn figures of 4 for 58.

On a bowler-friendly pitch Australia's 86 run first innings lead could be crucial but they won't relish the task of batting last regardless of the size of the total.

Mitchell Starc removed Kusal Perera to leave Sri Lanka 6/1 trailing by 80 runs when rain yet again stopped play just before tea, as 33 overs were lost for the second day in a row.