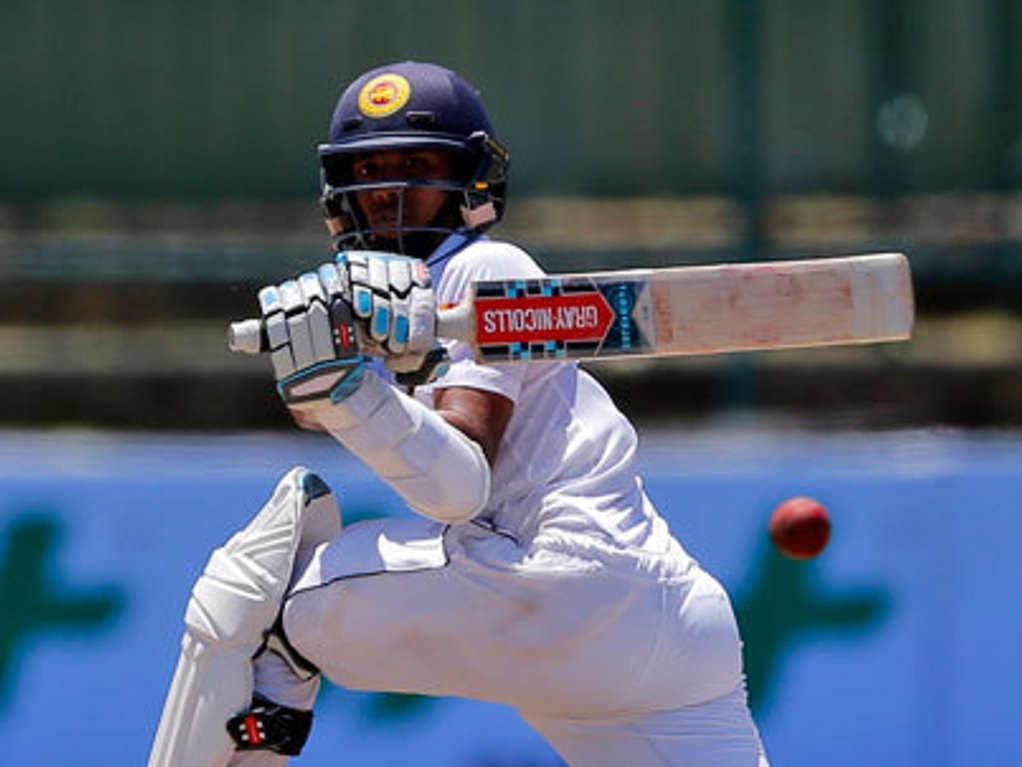 Sri Lanka number four Kusal Mendis was forced to be an opener, for all intents and purposes, on day three of the first Test in Pallekele, and frustrated the Australia bowlers till bad light stopped play.

Sri Lanka ended day three on 282 for six, holding a lead of 196, thanks almost entirely to Kusal's 169 not out. He helped the team recover from two down for six runs early in the day, and was given a few lives as well.

Kusal's innings was superb in context, and a lead of 200-plus will be very difficult for Australia to chase, given they were all out for 203 in their first dig, and the deck has only gotten worse for batting since.

The day began with Sri Lanka on six for one, and Mitchell Starc struck in the first over of the day. Things looked dire as a third wicket fell with the score on 45, and then again when Angelo Mathews departed 40 runs later.

But Mendis and Dinesh Chandimal steadied the innings, putting on a a stand of 117, the first ton stand of the match. It took them 31 overs, but they resisted the many appeals that were made.

Kusal was dropped by Starc at one point, and also by Josh Hazlewood, as he made his way to his maiden Test century. He reached it off 143 balls, including 14 fours and one six. His 150 came off 207 balls.

Once Chandimal fell for 42, trapped LBW by Mitchell Marsh, debutant Dhananjaya de Silva stood firm as well. He made 36 off 62 balls, before becoming Nathan Lyon's 200th Test wicket. He is the first Aussie off-spinner to hit that mark.

The light meter came out about half way through the evening session, sending the players from the field, and the rain arrived soon afterwards to ensure a fourth day.