Home News Sri Lanka hold the cards at the P.Sara

Sri Lanka hold the cards at the P.Sara 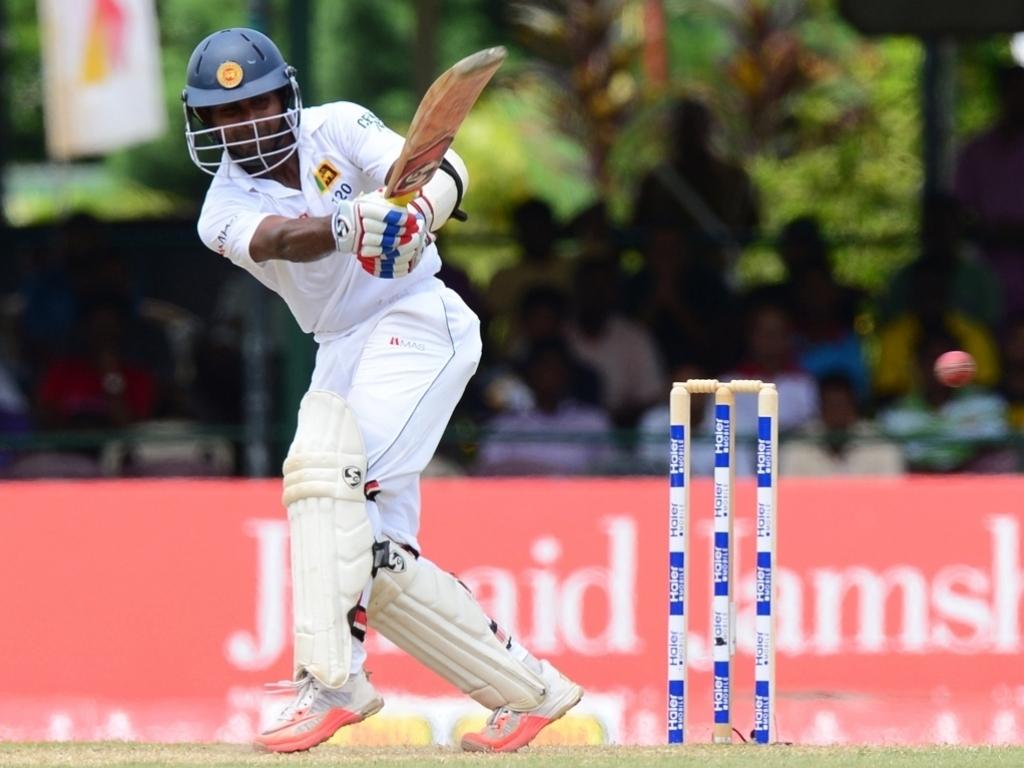 Sri Lanka will be the happier of the two sides after they reached 304 for nine, a lead of 166, at stumps on day two of the second Test against Pakistan at the P.Sara Oval in Colombo.

Resuming on 70 for one, in reply to Pakistan's total of 138 all out, Sri Lanka lost kingpin batsman Kumar Sangakkara relatively early, for 34, to left-arm spinner Zulfiqar Babar.

Opener Kaushal Silva brought his up eighth Test fifty in the morning session before Lahiru Thirimanne fell to he legspin of Yasir Shah.

Silva then put on 72 for the fourth wicket with his skipper Angelo Mathews until a run out brought and to Silva's long innings of 80 off 218 balls.

The home team then lost three quick wickets as Pakistan tried to get back in the match, until Dhammika Prasad (35) held firm with his captain in a stand of 73 for the seventh wicket.

Mohammad Hafeez made the breakthrough for Pakistan who then got Mathews almost immediately for 77 as Yasir trapped him lbw.

Yasir also removed Tharindu Kaushal to claim his third five-wicket haul in Tests, following on from the seven in the second innings of the first Test when he bowled Pakistan to victory.