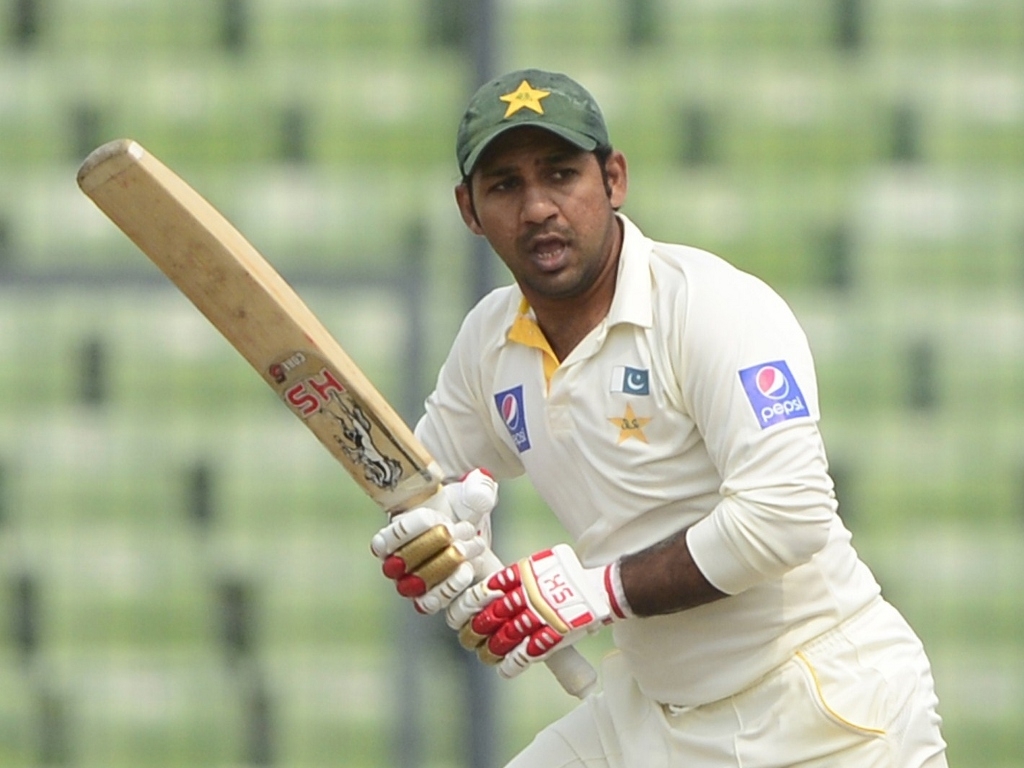 Day two of the third and final Test between Sri Lanka and Pakistan in Pallekele was interrupted by rain more than once, but that didn't prevent the bowlers from again having the last laugh, as they had on day one.

This time it was Pakistan to suffer, as they ended the day on 209 for nine, with Sarfraz Ahmed's half century (72 not out) propping them up before rain arrived before stumps. Earlier in the day, Sri Lanka had been bowled out for 278.

The day began with Sri Lanka on 272 for eight, and Pakistan made light work of those last two wickets. Spinner Yasir Shah, who had taken four wickets on day one, brought up his milestone by bagging Nuwan Pradeep, the final wicket.

This was all well before lunch, and only six runs added to the score, so Pakistan would have been delighted with that until they too found themselves under the pump. They were three down for 45 at lunch.

Dhammika Prasad had taken the first of those wickets, Shan Masood for 13, before Younis Khan was run out for three and Ahmed Shehzad was caught behind for 21 off Pradeep. This left Azhar Ali to steady the ship.

The ODI skipper recorded a half century off 87 balls, after tea, and watched as Asad Shafiq departed to Prasad for 15, having stood by him for much of the truncated middle session.

The evening saw Azhar out for 52, and Misbah-ul-Haq and Ehsan Adil both out for single figures. The task of rescuing the knock then fell to Sarfraz, who batted first with Yasir Shah, who made 18, and then Rahat Ali, but he was out after another rain delay.

Play was extended to 6:30pm because of the rain, and in that time Rahat was removed, though bad light eventually ended the day a few minutes early when the umpires demanded only spinners bowl.