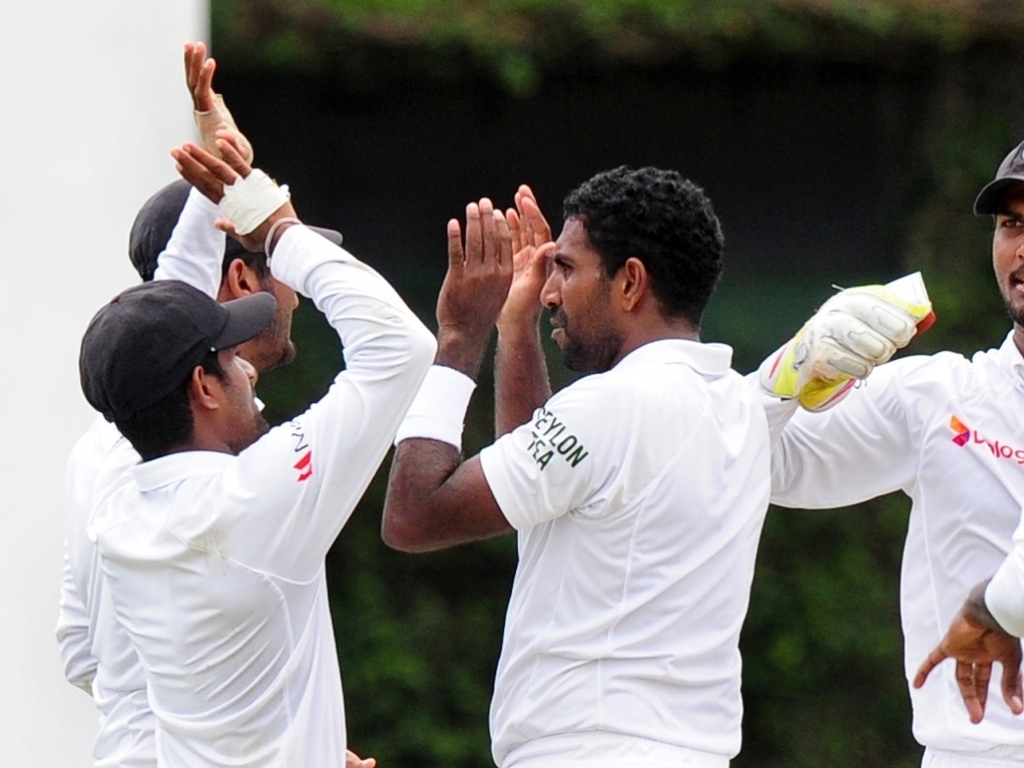 Sri Lanka made light work of the small target required to win the second Test against Pakistan in Colombo, beating the threatening rain to chase down the 153 required with seven wickets in hand early on day five.

Sri Lanka began the day, which was delayed by a wet outfield for a bit, by starting their second innings, Pakistan all out for 329 at stumps the evening before. With the poor weather looming, Sri Lanka's batsmen reached the target inside 27 overs.

With Dhammika Prasad taking four wickets the day before, Pakistan were unable to set a defendable target and win the series, especially once Dimuth Karunaratne and Angelo Mathews got it in their heads to wrap things up quickly.

Karunaratne made 50 on the dot, off just 57 balls, while Kithruwan Vithanage made 34 as part of a 49-run opening stand. Vithanage fell in the seventh over, and the next wicket was Kumar Sangakkara, out for a first ball duck to Yasir Shah.

But Mathews and Lahiru Thirimanne kept up the pace and brought about the victory in the 27th over. Mathews ended on 43 not out and Thirimanne on 20, while Yasir was the pick of the Pakistan bowlers, taking 2/55.

The third and deciding Test will be played from 3 July at Pallekele.