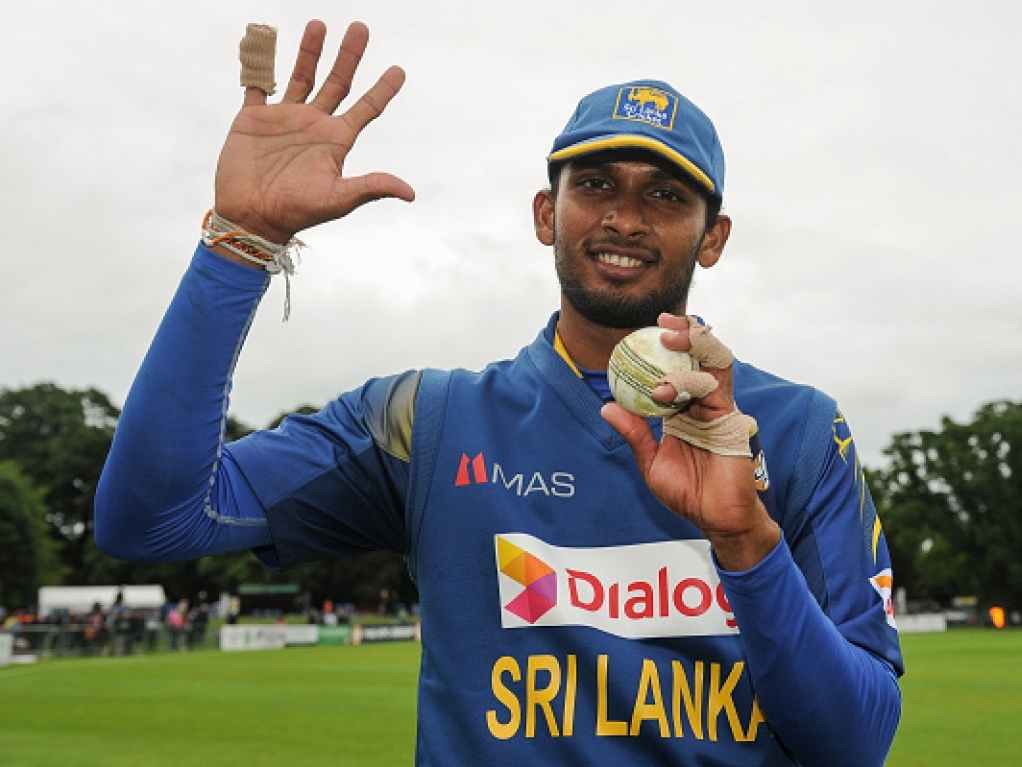 Sri Lanka proved to have too much firepower for Ireland, as they claimed a 76 runs victory in a rain affected clash in Dublin.

Ireland were competitive in phases of the match, at one point reducing the Sri Lankans to 47-2 and troubling the top order with bounce and movement through the air, but when Nuwan Pradeep trapped Kevin O'Brien leg before for 64 with Ireland 211 for 7 the contest fizzled out.

Ireland kept it tight in the opening three overs until Kusal Perera took it upon himself to push up the tempo, pulling Boyd Rankin to the square leg boundary for four before dispatching consecutive balls to the midwicket boundary off the bowling of Tim Murtagh.

It was Ireland's first change that would reap immediate rewards as debutant Barry McCarthy removed openers Danushka Gunathilaka and Perera in his first two overs.

Kusal Mendis and Dinesh Chandimal would steady the ship for Sri Lanka putting on 82 for the third wicket. Chandimal took up the anchor role and would finish unbeaten on 100, forming a string of successful partnerships putting on 88 for the fourth wicket with Angelo Matthews and 61 for the fifth with the aggressive Dasun Shanaka who hit 42 off just 19 balls including three sixes.

Seekkuge Prasanna and Upul Tharanga went cheaply towards the death but Chandimal was able to steer Sri Lanka past the 30 mark reaching a total of 303 for 7.

McCarthy would finish with figures of 2 for 69, while Rankin would be the pick of the bowlers picking up 2 for 45.

Ireland's chase started well with William Porterfield and Paul Stirling putting on 53 for the opening wicket, before the Shanaka show rolled into Dublin.

The rather innocuous medium pacer picked up the first three wickets of the Ireland innings removing Stirling, Ed Joyce and John Anderson to leave Ireland 91 for 3.

Porterfield and the dangerous O'Brien put on 68 for the fourth wicket, Pradeep had Porterfield dropped in the 28th over with captain Mathews the guilty party. Three overs later though Porterfield's resistance was brought to a halt when Shaminda Eranga had the opener caught at mid-off.

The dismissal of Porterfield left Ireland's hopes in the hands of big O'Brien, his explosive finishing has helped Ireland to upsets before and the men in green were certainly still in the contest when rain stopped play in the 33rd over.

Three overs were lost to rain and the target adjusted to 293, leaving Ireland need 129 off 87 balls.

O'Brien got lucky when he was dropped at short leg off of Mathews bowling in the 35th over but he failed to take full advantage. Ireland lost three wickets in three overs to slump to 211 for 7. The killer blow was the loss of O'Brien who was trapped leg before by Pradeep.

The rot had set in for Ireland and it would only take another three overs to wrap up the innings with Sri Lanka securing victory by 76 runs.

Irelands top scorers stood out head and shoulders above the rest, Porterfield's 73 and O'Brien's 64 being the only scores of note for Ireland while Shanaka had a memorable day picking up a five wicket haul on debut finishing with figures of 5 for 43.

The day belonged to Sri Lanka and Shanaka who couldn't wish for a better ODI debut.