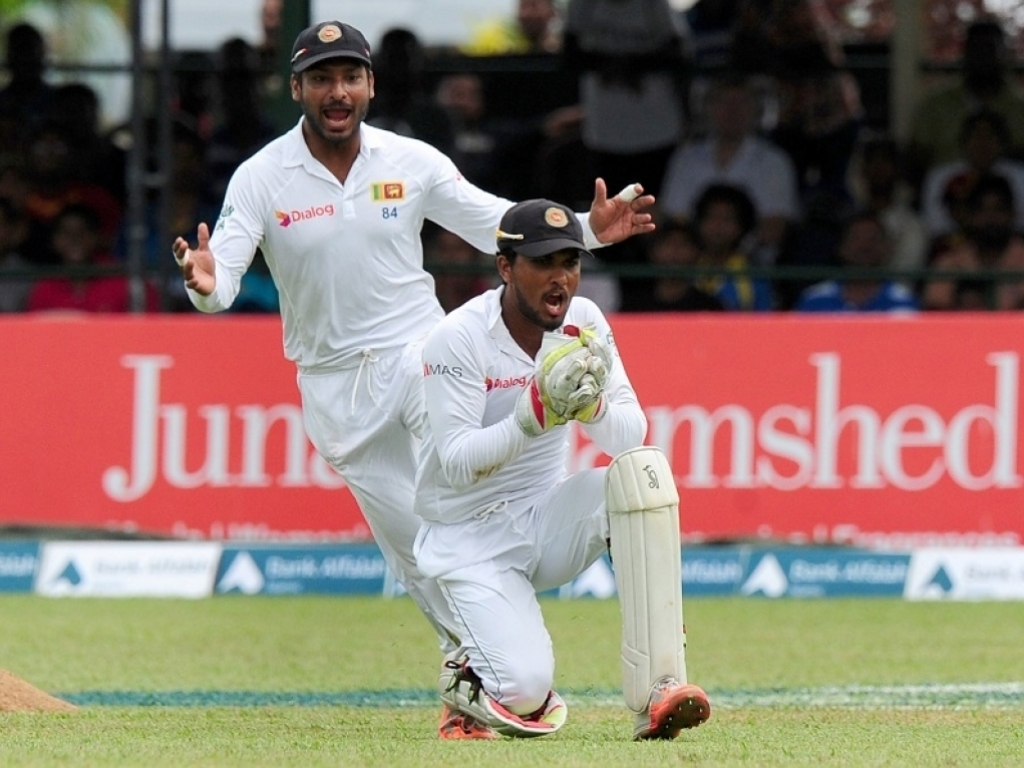 Pakistan fought back impressively on day three to leave the second Test against Sri Lanka finely balanced in Colombo.

The hosts established a first-innings lead of 177 and would have been confident of taking a stanglehold on the game when Mohammad Hafeez was dismissed cheaply.

But Ahmed Shehzad and Azhar Ali both made half-centuries as Pakistan recovered to end the day on 171 for two, trailing by just six.

Sri Lanka resumed on 304 for nine and, after a slightly delayed start due to rain, it did not take Pakistan long to wrap up the innings.

Dushmantha Chameera was the last man to go as he went for a slog but top-edged over the wicketkeeper's head and Younis Khan took a smart catch.

That gave Yasir Shah figures of six for 96 and left Sri Lanka with a first-innings lead of 177.

Pakistan needed big runs to get back into the game but got off to a poor start as Hafeez (eight) was dismissed off the first ball of the fourth over.

The opener had a prod at an Angelo Mathews delivery outside off and gave an easy catch to Kumar Sangakkara at first slip with just nine on the board.

That brought Ali to the crease and he and Shehzad managed to guide the visitors through to lunch without any further upset.

Shehzad survived an lbw review from Rangana Herath after getting an inside edge and went on to bring up his fifty off 115 balls.

The century partnership soon followed and the duo got to tea but Shehzad fell for 69 to the first ball after the interval.

The opener went for the pull off Dhammika Prasad but could only top edge to the keeper and the partnership came to an end at 120.

Ali (64 not out) soon brought up his 20th Test half-century off 126 balls as he and Younis (23 not out) continued to build steadily until play was ended for the day due to bad light.