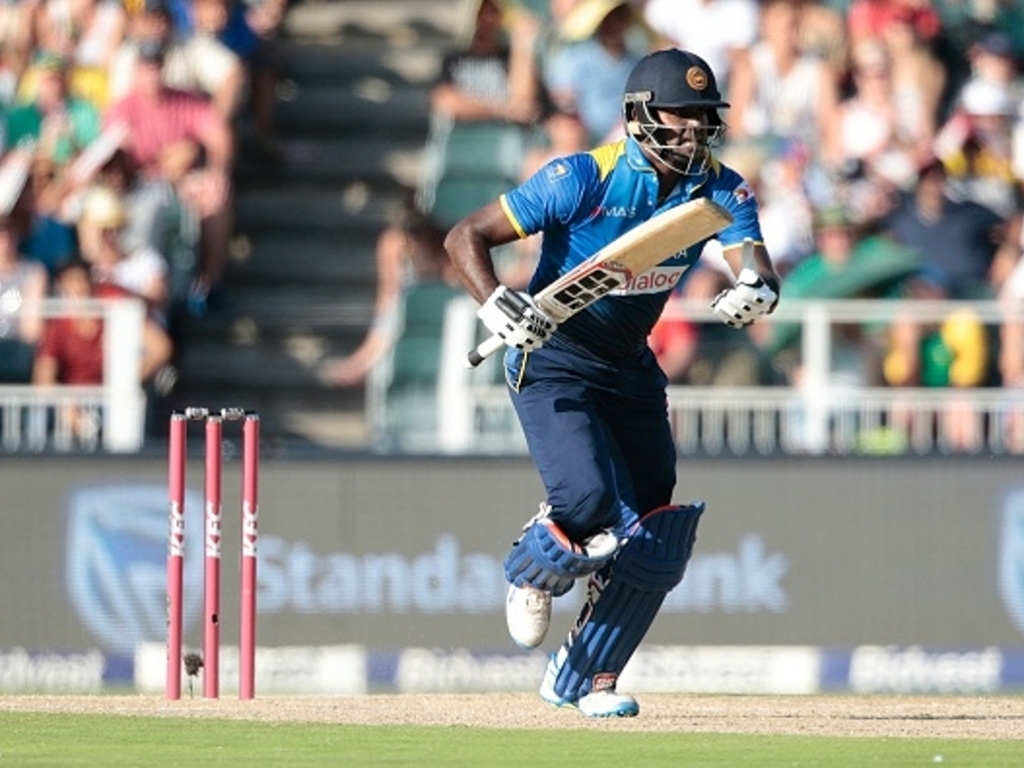 Sri Lanka made heavy work of chasing a modest total from South Africa on a diabolical pitch at the Wanderers to win by three wickets and level the T20I series.

It fell to an injured Angelo Mathews to drag Sri Lanka over the line seemingly by force of will alone as Sri Lanka chased down the 114 runs they needed to win.

South Africa had earlier batted dreadfully against a Sri Lankan attack that would have relished the big turn they got off the Wanderers surface.

Lakshan Sandakan took 4 for 23 on his T20I debut as the Protea batsman struggled to come to terms with the surface.

Heino Kuhn top scored with 29 off 20 balls while Farhaan Behardien managed 27 as he tried to hold the Protea tail together.

The Proteas played some awful shots during their effort of 113 all out with both Wayne Parnell and Andile Phehlukwayo getting out to poorly executed reverse sweeps.

Lungi Ngidi again starred with the ball for the Proteas and took 4 for 19 to help put Sri Lanka under pressure, something that didn’t seem possible at the start of the innings.

With eight balls left and eight runs needed Mathews attempted a single and short of his ground launched into a desperate dive hurting himself quite badly.

With Mathews unable to run Behardien made the bizarre decision to bowl spinner Aaron Phangiso instead of seamer Phehlukwayo.

Jon-Jon Smuts may have grabbed the wicket of Mathews but Kuhn dropped a tough chance in the outfield before the hobbling Sri Lankan skipper smashed two sixes to win the game and level the series.

Mathews ended unbeaten on 54 but is likely to miss the final T20I and possibly the ODIs as well having injured himself during the chase.