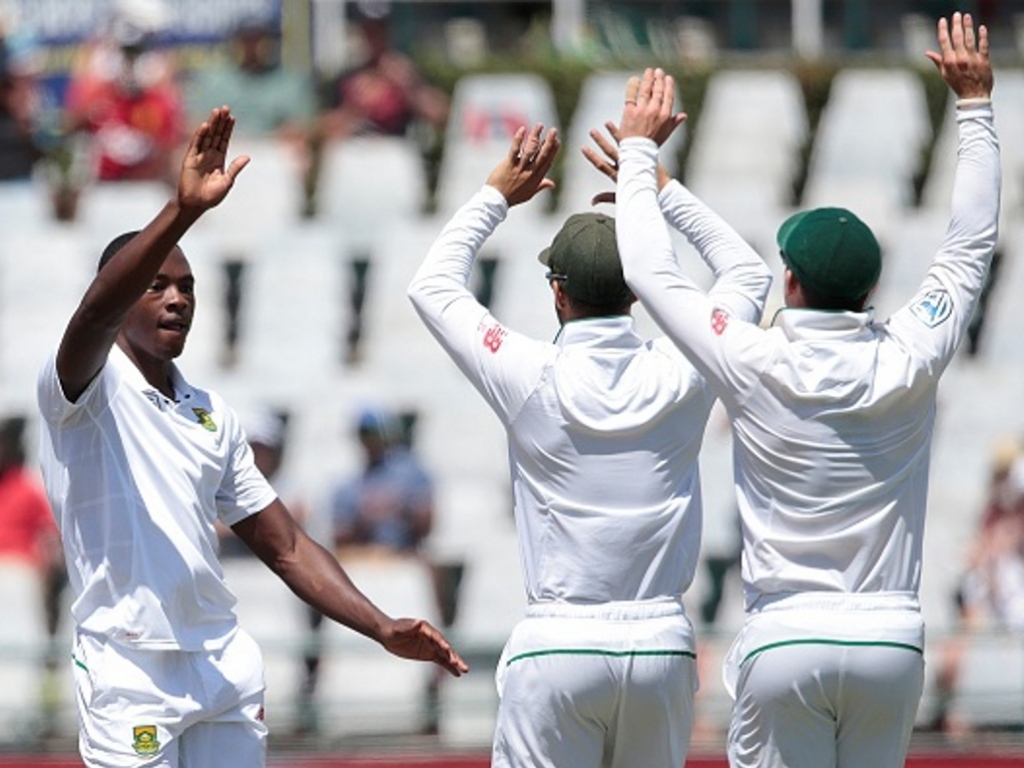 South Africa completed an emphatic 282 run victory over Sri Lanka on day four of the second Test at Newlands to clinch the series.

Sri Lanka resumed on 130 for four facing still needing 377 runs to win and a long way off from being able to bat for a draw.

It took South Africa 31 balls to strike on the fourth morning when Dinesh Chandimal (30) picked out Stephen Cook at short leg off the bowling of Kagiso Rabada.

Upul Tharanaga played aggressively but didn’t last long as he was caught behind off Rabada for 12.

Angelo Mathews fell one run short of another half century against the Proteas with Rabada running riot and claiming the Sri Lankan skipper’s wicket.

Rabada wrapped up his second ten wicket haul when he tucked up Suranga Lakmal who could only glove one through to Quinton de Kock.

Lahiru Kumara was stumped off the bowling of Keshav Maharaj before Vernon Philander ended the match by castling Nuwan Pradeep, Sri Lanka were 224 all out.

South Africa’s win is the highest victory by runs over Sri Lanka breaking the record they set just last week in Port Elizabeth.

The star performers in this Test have been Dean Elgar who scored a hundred and a fifty while Kagiso Rabada’s ten for stands out among the bowlers.