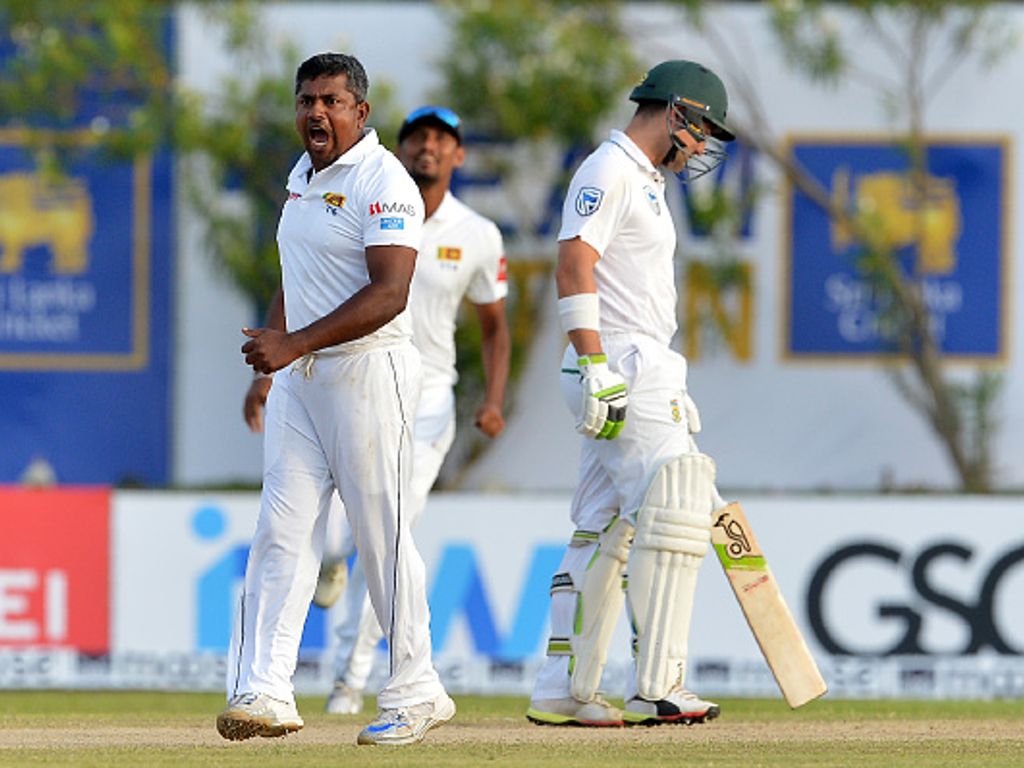 Sri Lanka ended day two of the first Test against South Africa firmly in control of the contest at 111 for 4 in their second innings, leading the Proteas by 272 runs.

Having resumed on 4 for 1 the Proteas struggled against Rangana Herath and Dilruwan Perera (4/36) in the morning session limping into the lunch break at 86 for 6.

The first of the five wickets of the morning was that of nightwatchman Keshav Maharaj (3) who proved no match for the wiles of Herath. 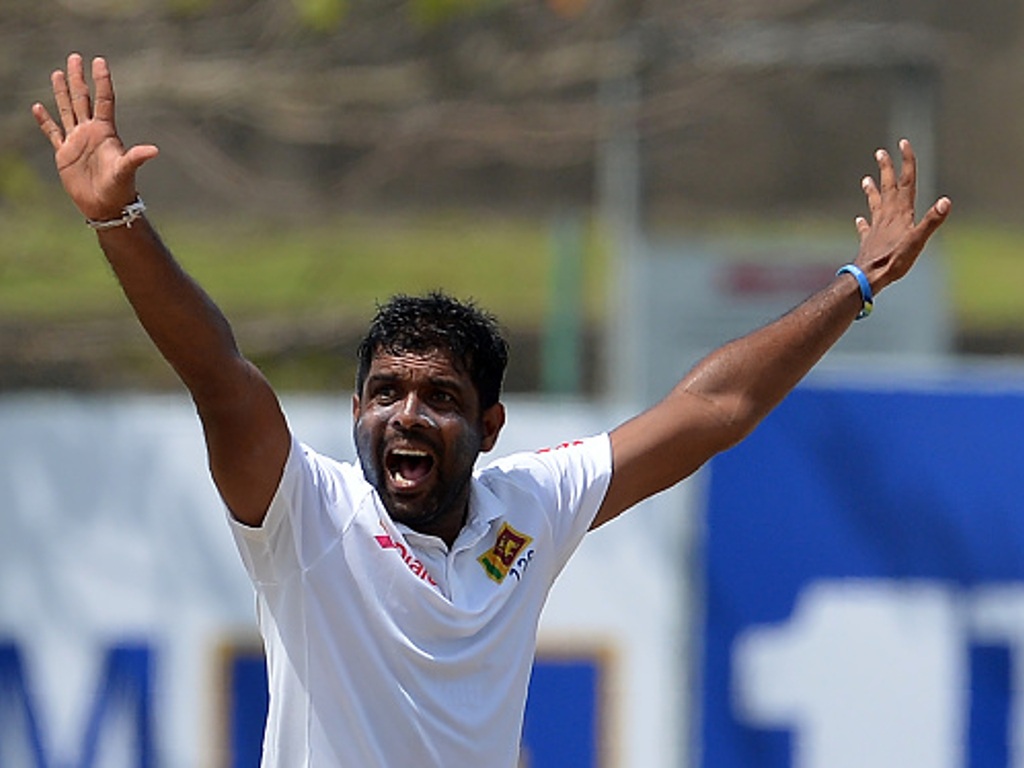 Amla (15) and Bavuma (17) spent some time at the crease but couldn’t settle against the turning ball and when they both departed in quick succession and Quinton de Kock (3) faltered as well there was a real fear the tourists might be shot out for less than 100.

Du Plessis was bowled one short of his fifty by opposite number Suranga Lakmal by which time the tourists were resigned to giving up a big lead at 115 for 8.

Sri Lanka’s opening pair prevented the Proteas from seizing back control by grinding out a 51 run opening stand. 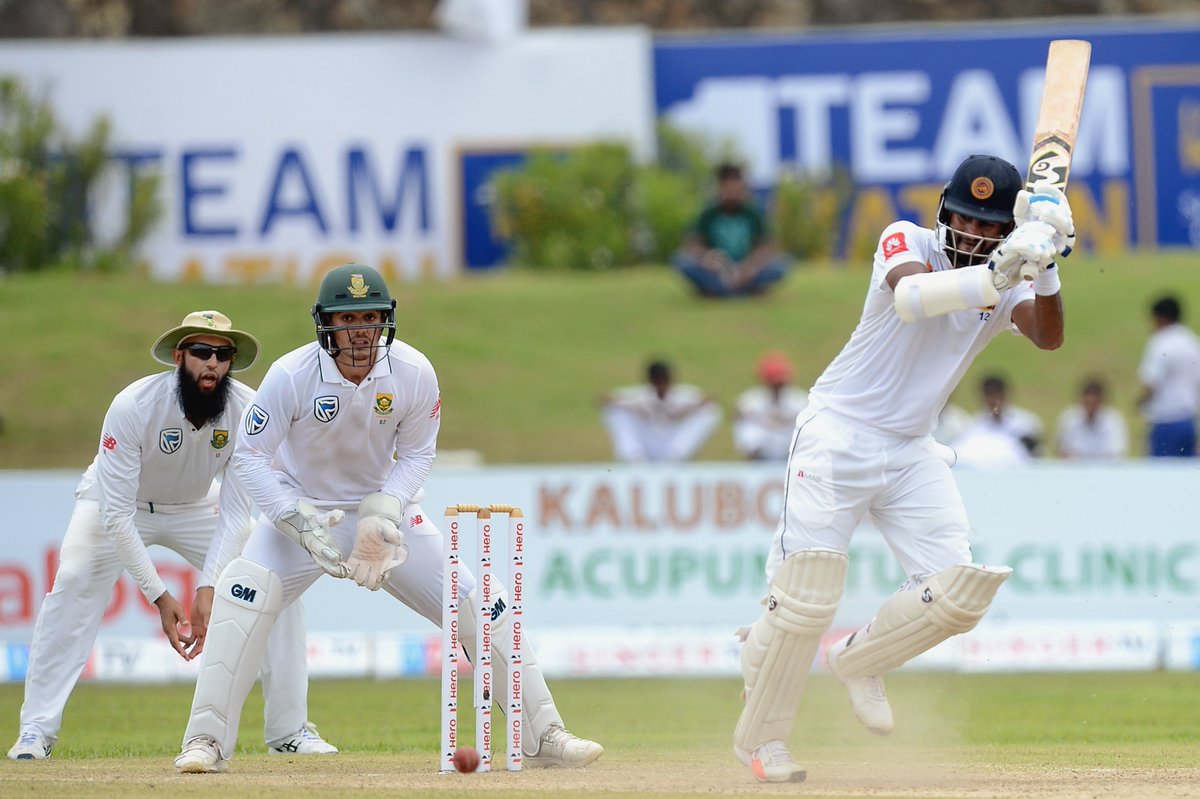 Keshav Maharaj gave the Proteas some hope when he grabbed three wickets in the space of three overs to leave Sri Lanka 64 for 3 accounting for Danushka Gunathilaka (17), Dhananjaya de Silva (9) and Kusal Mendis (0).

Kagiso Rabada ensured that Dimuth Karunaratne (60) would not convert his fifty into another hundred with a rising delivery that the left-hander parried to Amla in the slips but at 92 for 4 Sri Lanka still hold all the cards.

Sri Lanka should be confident of wrapping the contest up within four days if not sooner.