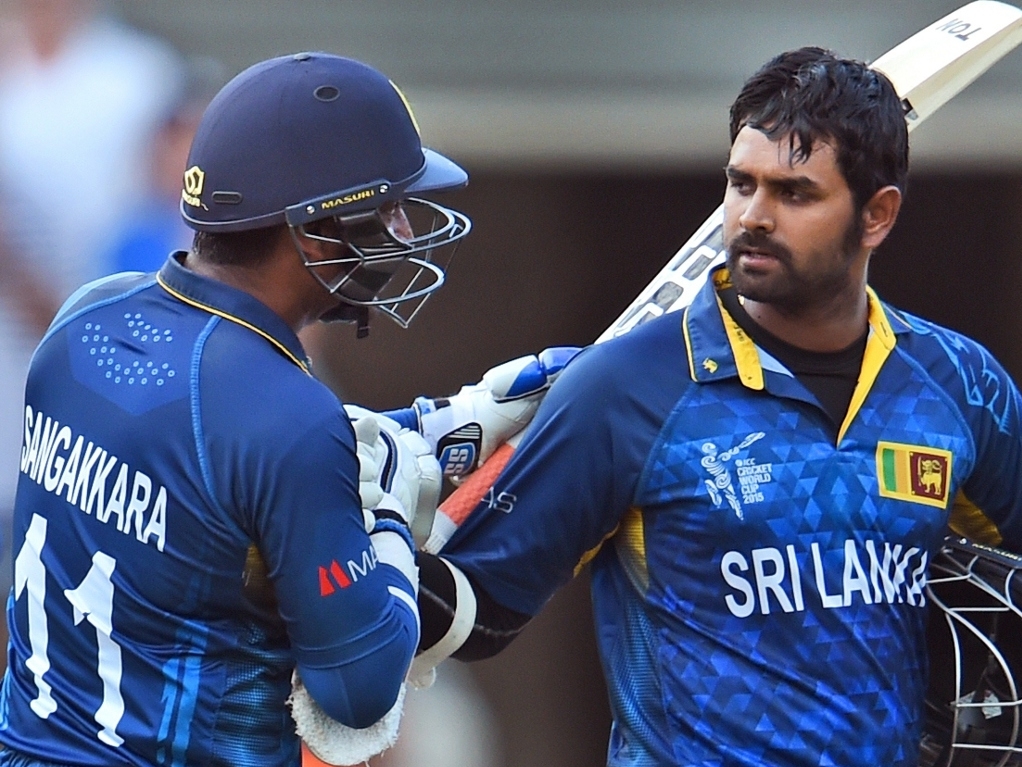 England batsman Joe Root was visibly distraught on Sunday in Wellington, after his century that saw his side to 309 went in vain thanks to unbeaten tons from Sri Lanka's veteran batsmen.

England won the toss and opted to bat first, hoping to redeem themselves after recording only one win so far, against Scotland. Gary Ballance was the only top order batsman to fail to reach double figures.

That didn't mean the others were very successful though, as Root scored the bulk of the runs on his own on his way to 121. Ian Bell made the next best score, of 49, while the middle order all got set before departing.

Jos Buttler tried hard to make sure there were enough runs on the board though, hitting 39 not out off 19 balls at the death. Sri Lanka's bowlers all took one wicket each, six in all, with Tillekaratne Dilshan the most economical.

Despite a 300-plus score, it didn't quite seem enough from the start as Thirimanne and Dilshan put on 100 for the first wicket in 19 overs. Dilshan made 44 of those, before becoming the lone wicket to fall, caught by Eoin Morgan off Moeen Ali.

Sangakkara then joined Thirimanne and the two set about knocking off the runs in calm yet brisk fashion. Sangakkara was by far the quicker batsman, scoring his century off 70 balls, while Thirimanne's came off 117 deliveries.

They won the game with 16 balls to spare, as Stuart Broad and James Anderson struggled for rhythm and impact. The pair have taken just four wickets between them in the tournament, and have gone for nearly 200 runs apiece.