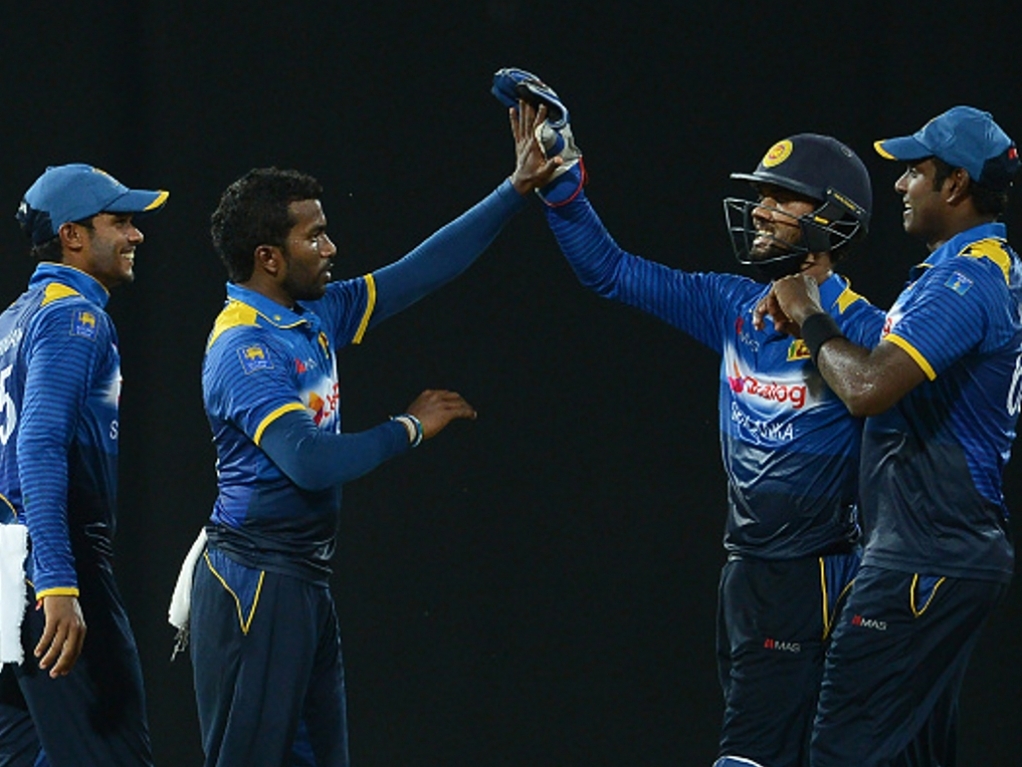 If Australia thought their Asian batting woes ended with the Test series in Sri Lanka, they received a rude awakening at the R Premadasa Stadium in Colombo.

Set a target of 289 to win, the visitors lost wickets at regular intervals to crumble to 206 all out.

Sri Lanka's innings by contrast was one where the Islanders showed resilience, despite losing both openers cheaply and having their late charge snuffed out by Mitchell Starc and a James Faulkner hat-trick, the hosts posted a competitive 288 all out.

Kusal Mendis top scored with a run-a-ball 69 before he was trapped leg before by Adam Zampa, who finished with figures of 3 for 42, stunting the Sri Lankan innings after a 125 run partnership between Mendis and Dinesh Chandimal put the hosts on top.

Chandimal fell two short of a sixth successive half century when Zampa had him adjudged to be out leg before.

Dhananjaya de Silva (7) became Zampa's third victim bringing together Angelo Mathews and one of the three Perera's in the team, Kusal, the pair put on 103 off just 94 balls and looked set to take Sri Lanka over the 300 mark when Faulkner struck.

The allrounder got Kusal Perera (54) with a slower one off the final ball of the 46th over, then plucked out Mathews (57) with the first ball of the 48th to set up the hat-trick ball, Thisara Perera who had raced to twelve was in no mood for defense and made room for the cut but missed, the ball clattered into the stumps.

Starc cleaned up the tail but Sri Lanka's total of 288 looked a big one.

Australia had to get off to a flyer like they did in the opening ODI, but Thisara Perera reduced the visitors to 16 for 2 in the fourth over picking up both Warner (1) and Finch (4).

Sri Lanka built pressure on, George Bailey, and skipper Steve Smith, and Amila Aponso got both batsmen in separate spells. Smith going first for 30 before a patient Bailey was beaten by the flight an bowled for 27 off 46 balls.

With Australia struggling the Moises Henriques experiment needed to come off but predictably didn't as he was beaten by a legbreak from Seekkuge Prasanna and was stumped by Chandimal for 5.

Matthew Wade (76) and Travis Head (31) top scored for Australia and shared a partnership that kept them in the game but the pair departed within an over of each other leaving the visitor's 184 for 7.

Mathews removed Starc in the same over he had dismissed Head and Aponso cleaned up the tail to seal an emphatic win to level the series.

Aponso was the pick of the bowlers taking 4/18.