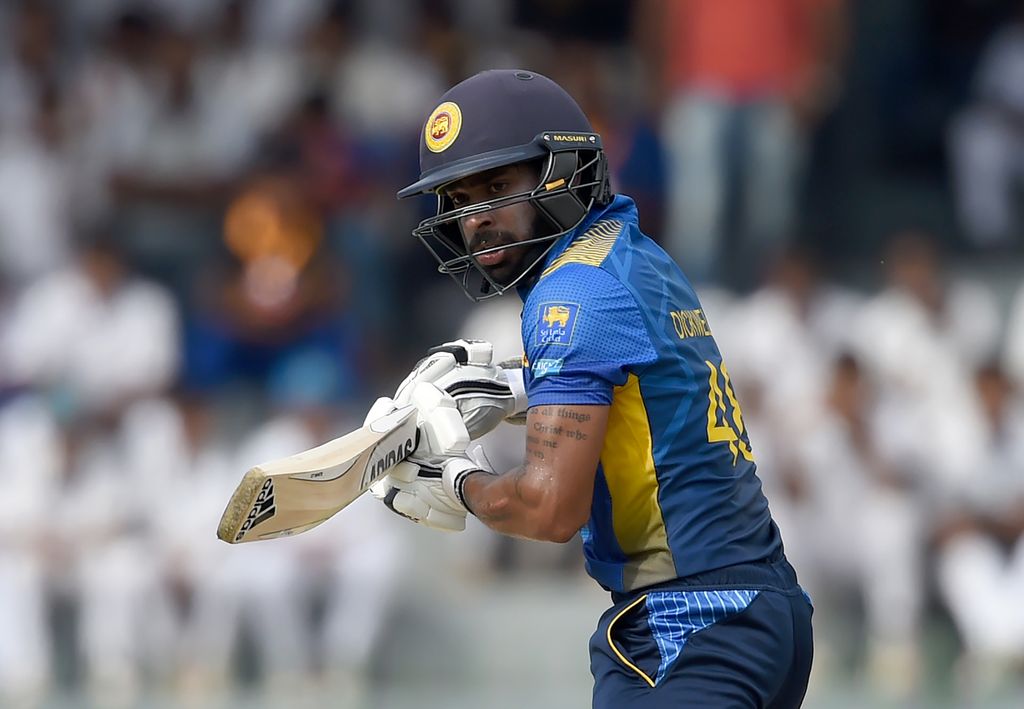 Sri Lanka’s batsmen finally fired as the hosts romped to an emphatic victory, by 219 runs (D/L method), in the fifth and final ODI against England in Colombo on Tuesday.

Opening pair, Dickwella and Samarawickrama, gave the hosts the perfect start after they won the toss and opted to bat with a stand of 137 inside the first 20 overs.

Sri Lanka failed to capitalise on good starts before in the series but it was a different story on Tuesday as the middle-order came good.

Chandimal, batting at number three, took only 73 deliveries for his 80 while Mendis struck 6 sixes and one 4 as his 56 only took him 33 balls as the duo rode on the momentum given to them by the openers.

England’s run-chase was decimated very early on as they slumped to 4/3 and then 28/4 within the first eight overs with fast bowler Dushmantha Chameera (3-20) taking three of the wickets to fall.

Ben Stokes and Moeen Ali then combined for a stand of 79 for the fifth wicket to restore some parity but they lost their way again when Moeen top-edged spinner Akila Dananjaya to be caught at cover for 37.

Dananjaya also had Stokes caught on the long-on boundary for 67 and took a further two wickets at the back-end to end with figures of 4-19 in 6.1 overs.

With England on 132/9 in 26.1 overs, and the end in sight, a massive storm came and forced the players off the and with the match eventually called off.

The victory was only a consolation one for the home side as they lost the five-match series 3-1 with the teams now set to play a one-off T20I on Saturday ahead of three Test matches.