Home Countries Australia Starc gets five on seesaw day one

Starc gets five on seesaw day one 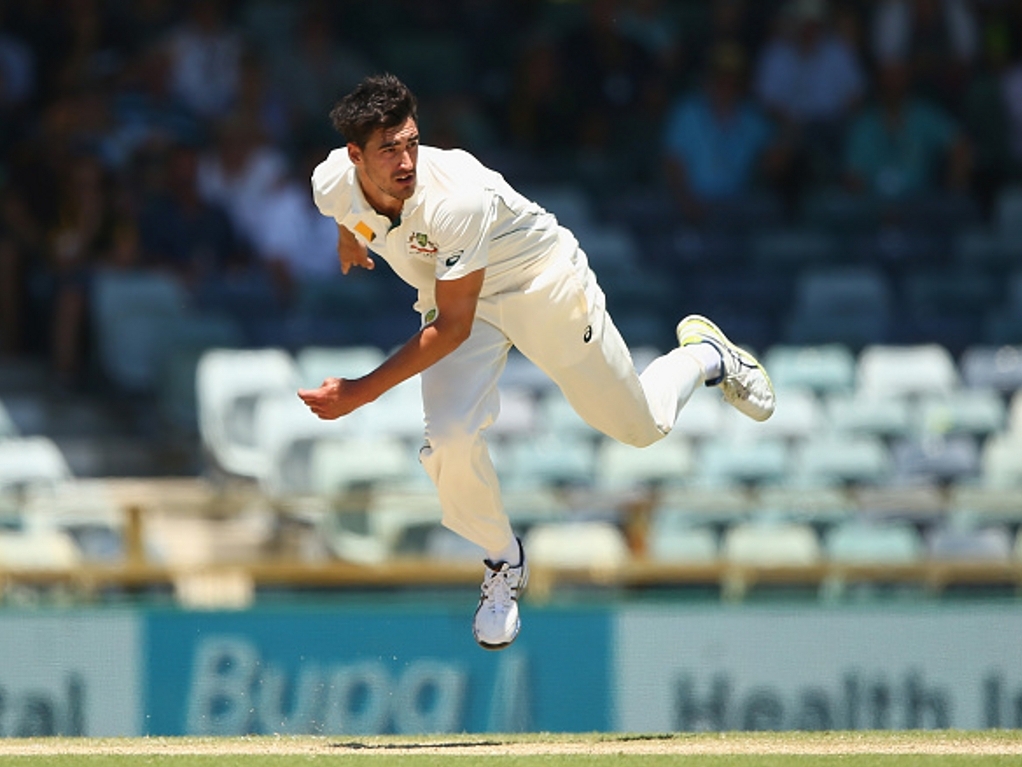 All the talk in the build up to the second Test between Sri Lanka and Australia had been about the turning wicket in Galle, but Mitchell Starc showed his class to take 5 for 44 as the hosts were bundled out for 281.

While Starc had a great day, his first wicket off the opening ball of the Test was a little lucky, he offered Dimuth Karunaratne a juicy half volley but the opener could only clip it to Joe Burns at midwicket.

Sri Lanka were on the ropes when Starc got his second, Kaushal Silva took the bait, chasing a wide one after sending a short ball to the boundary just before. Sri Lanka were 9 for 2.

With Sri Lanka's two Kusal's, Mendis and Perera, at the wicket the hosts launched a fightback, the pair put on 108 for the third wicket.

Perera would fall, just one run short of a third Test fifty, after dangling his bat out at a Nathan Lyon delivery, Steve Smith took a regulation slip catch.

Mendis and his skipper, Angelo Mathews would put on 67 to further Sri Lanka's position.

Mathews took a shine to debutant, Jon Holland's bowling smashing him for two sixes as the skipper looked to attack.

Starc returned to claim his 100th Test wicket in the shape of Mendis (86), and Sri Lanka started to wobble again.

Dinesh Chandimal went cheaply trying to flick Josh Hazlewood over midwicket, and when Mathews got a tickle on a wide ball from Marsh with the hosts on 224 the tail was exposed.

Some lusty blows were struck by Dhananjaya de Silva, but Australia managed to mop up the Lankan tail with minimum fuss, Mathews' charges finished on 281 all out, Mitchell Starc grabbing his fifth five wicket haul in Test cricket.

Debutant, Vishwa Fernando, had an eventful first over of Test cricket, dismissing Burns with his second ball, before conceding 11 off the remaining four as David Warner sent his medium pace to the fence twice.

After preaching patience incessantly in the build up to this series, Warner decided to revert to plan A.

A for attack that is, the belligerent opener smashed 42 off 41 balls before falling in the final over of the day poking at a Dilruwan Perera's quicker one leaving Australia 54 for 2 at the close, trailing Sri Lanka by  227 runs with 8 wickets remaining in the 1st innings, to leave the Test evenly poised.