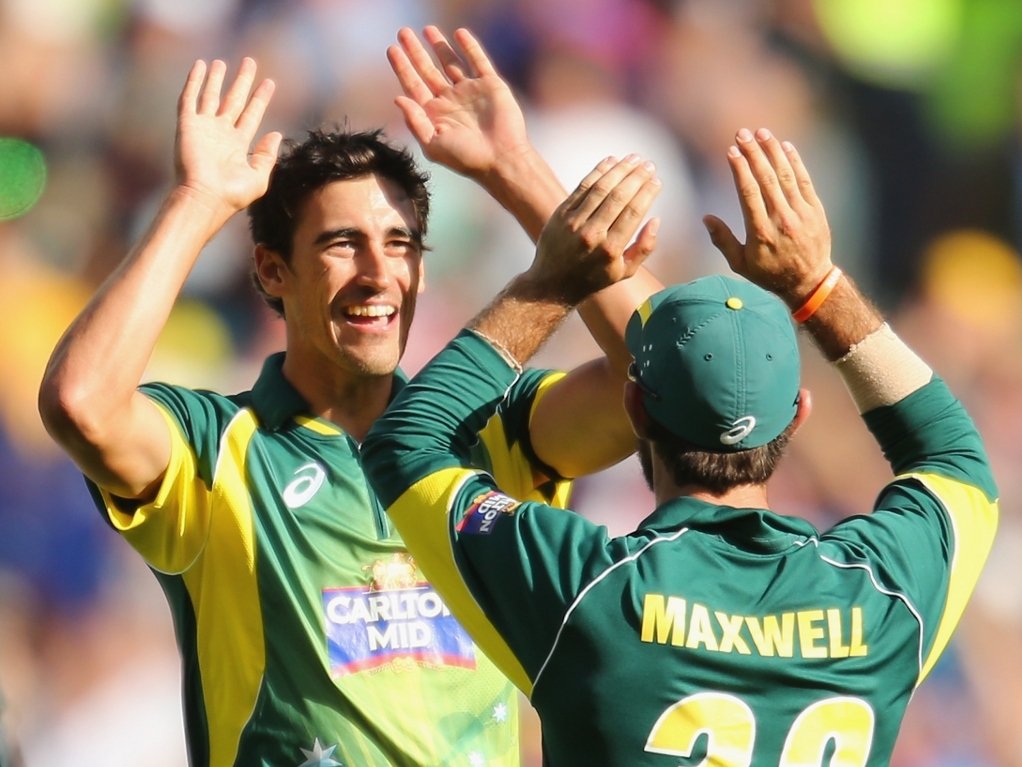 Australia took their tri-series record to two wins in two games, beating India at the MCG on Sunday by four wickets, though they cut it a bit finer than they'd have liked in chasing 268 to win.

Mitchell Starc was the key man for the Aussies during their bowling stint, taking six wickets for 43 runs, the best ODI figures by an Aussie on home soil. It was also the second-best effort by anyone in an ODI in Australia.

As such, Rohit Sharma's excellent century went in vain, as the score wasn't big enough to defend on a good batting deck. Aaron Finch's 96, and a pair of 40s in the top order, made sure the collapse at the end wasn't catastrophic.

India won the toss and opted to bat first, looking to their impressive top order. The Aussies handed a debut to paceman Gurinder Sandhu, who took Ajinkya Rahane's wicket in the eighth over.

Starc was on fire from the get-go, bagging Shikhar Dhawan for two in the opening over. Rohit was the other opener, and he tried his hardest to keep the knock on the go despite his partners abandoning him.

The only other batsman to make it past the teens was Suresh Raina, who added 51 to the score. Rohit was forced to watch as Starc removed MS Dhoni, Axhar Patel and Bhuvneshwar Kumar, before also taking his wicket. Rohit had made 138 off 139 balls.

The chase seemed effortless for the first half of the knock, as Finch and David Warner put on 51 runs together. Warner was out for 24, bringing Shane Watson to the middle. He and Finch added 64 to the tally.

Watson was out for 41, bowled by Patel, so Steve Smith joined the cause and continued his impressive form. He and Finch put on 101 runs, though the Test skipper was unable to reach a half ton, out for 47 to Mohammed Shami.

Finch departed in the next over for 96, and suddenly the chase wasn't as simple as initially thought. Glenn Maxwell was out for 20, and George Bailey for five, leaving the rest of the chase to Brad Haddin and James Faulkner.

They needed 15 runs off the last two overs, but the final six balls were not required as Haddin hit a four, and Faulkner two more, including the boundary that won the match.