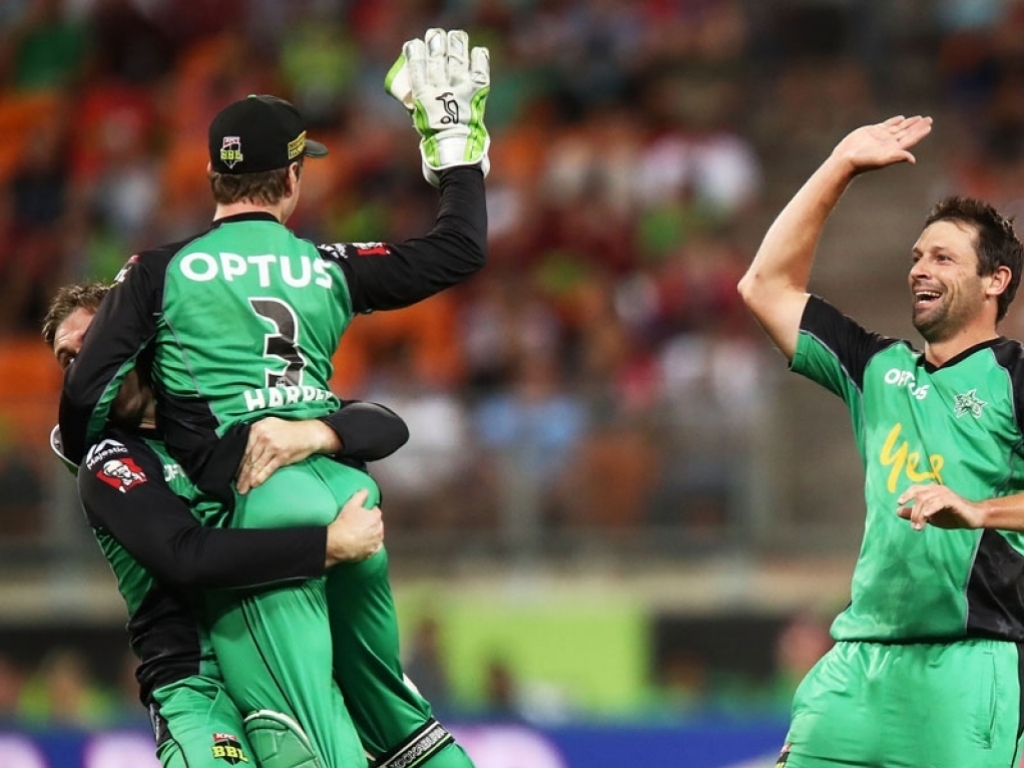 The Melbourne Stars fought back from the jaws of defeat to beat the Adelaide Strikers by two wickets with three balls to spare in the Big Bash League at the MCG on Tuesday.

Chasing a relatively modest target of 153, the Stars slumped to 107/6 in the 14th over with New Zealand spinner Ish Sodhi, making his Big Bash debut for the Strikers, returning figures of 2/25 in four overs.

With all their major batsmen back in the hut, including Kevin Pietersen (32), the home team needed Evan Gulbis and Ben Hilfenhaus to bail them out of trouble.

The duo put on a vital 37 for the seventh wicket to steer the Stars close to victory, and even though Gulbis fell for 22 in the penultimate over of the game, it was Hilfenhaus who guided his team over the line with an unbeaten 32 off 24 balls.

The Strikers will be kicking themselves as none of their batters settled at the crease for them to go and post a better total, they eventually scrambled to 152/8 in the 20 overs.

Ben Dunk (35) and wicket-keeper Tim Ludeman(36) were the main contributors with the willow for the visitors while Stars seamer Scott Boland claimed figures of 4/30 from his four overs.

With the victory the Stars move up to third on the Big Bash table while the Strikers stay in sixth place, with only the Hobart Hurricanes and Sydney Thunder at the bottom of them.