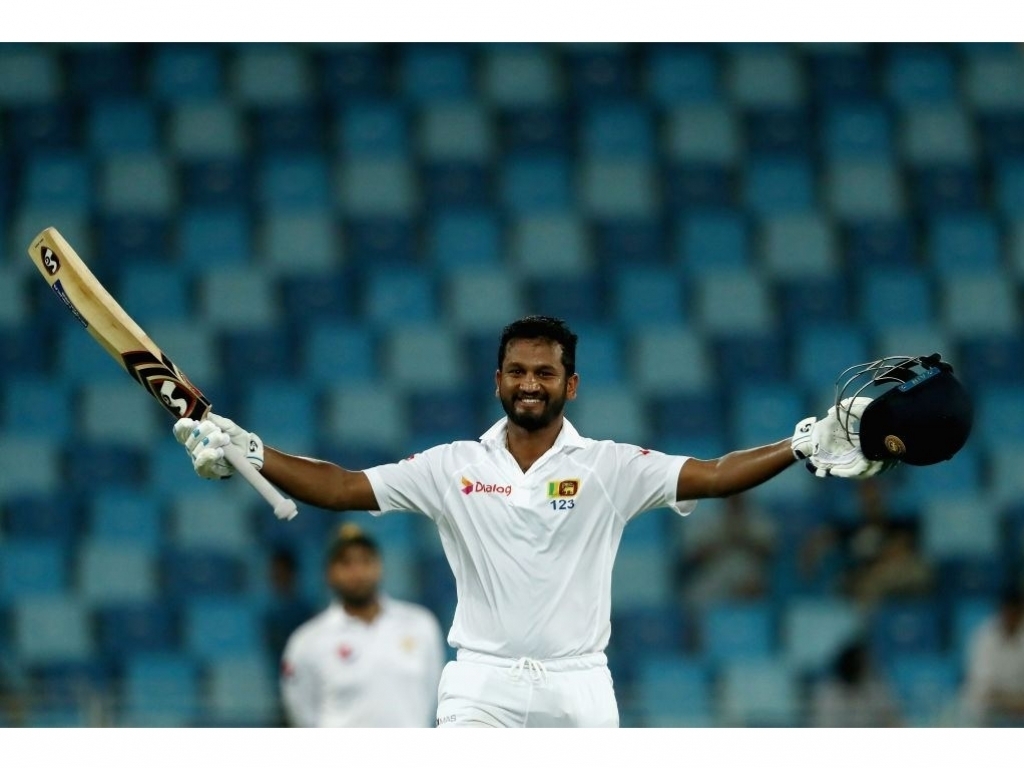 A patient 133 from 281 balls from Sri Lanka opener Dimuth Karunaratne allowed them to reach 254/3 by stumps on day one of the Second Test against Pakistan.

The match being played in Dubai is Sri Lanka’s first foray into the world of day/night Test cricket.

Sri Lanka won the toss and elected to bat first but found themselves under pressure from the Pakistan pace attack.

Karunaratne and Kaushal Silva (27) were able to weather the storm though with the latter eventually being dismissed by Yasir Shah shortly before lunch with the score on 63.

Sadeera Samarawickrama (38) made an aggressive start to his Test career striking five fours and a six in his blistering cameo.

Kusal Mendis (1) became Yasir’s second victim shortly after the departure of Samarawickrama and Pakistan looked to have taken control.

However skipper Dinesh Chandimal (49*) and Karunaratne would dig deep and grind to the close of play without further loss.

The pair added their second hundred partnership of the series and left Pakistan frustrated by the close of play.

Karunaratne became the first Sri Lanka opener to record three Test centuries in a calendar year since 2012, only Proteas opener Dean Elgar has scored more hundreds this year with his tally of five.