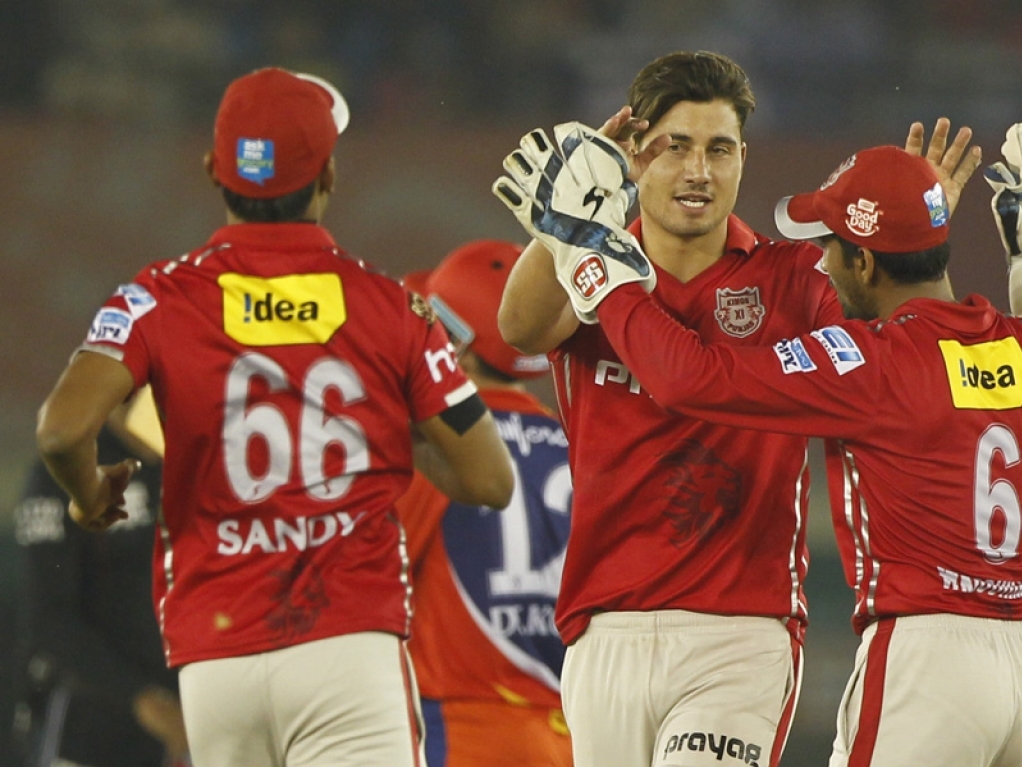 The Kings XI Punjab managed a rare win in this year's IPL when they beat the Delihi Daredevils by nine runs on Saturday, defending the 181 they posted as Delhi reached 172 for five.

The Daredevils were unable to chase down the score despite a good start to their innings, as they lost regular wickets. Half tons by Marcus Stoinis and Wriddhiman Saha were key for the Punjab side.

Delhi's fielding was a large contributor to the Kings XI's success, with a number of misfields, easy and not, adding to the score. Added to this a few chances were put down, most notable of Saha when he was going well.

Saha and Stoinis were the main run scorers on the day for the hosts, as they added half centuries to their records. Stoinis' fifty was much slower, and he was out for 52 off 44 balls.

Saha's half ton came of 29 deliveries, the lowest for the team so far this season, and for a while in the middle overs he had the help of Glenn Maxwell. But the Australian was out for 16, bowled by Chris Morris.

This brought David Miller, who has had a dire tournament, to the middle, and he had to watch as Saha was caught off the first ball of the next over. Saha had made 52, but there were two brand new batsmen at the crease with two overs to go.

A few sixes from Axar Patel and 11 runs from Miller saw the home side to 181 for five in their 20 overs, a defendable score thanks to some help in the field from he Daredevils.

The chase began slowly but steadily, as Quinton de Kock and Sanju Samson got their eyes in, going at around six to the over initially. De Kock, a bastion of the side this season, reached his half ton in the eighth over.

His luck ran out with his score on 52 though, when he hit a Stoinis slower ball straight to Axar on the circle on the leg side, breaking the opening stand with the score on 70. Karun Nair came in to join Samson.

The pair advanced the score past triple figures, and with seven overs to go they needed 71 more runs. But Samson was out for 49 in the 14th over, caught by Maxwell at long on, bringing England's Sam Billings to the middle with 60 runs required.

Both Nair and Billings were out within a few deliveries of each other thoough, and with 41 runs remaining the Daredevils had two new batsmen at the crease and only three overs to go.

Morris and Brathwaite, two of the most destructive hitters at the death in the game, were those batsmen though, so hope was not lost. Brathwaite smacked a four and a six… but was out for 12.

This meant the Daredevils needed 25 off the last, and were unable to reach it. The pick for KXIP with bat and ball was Stoinis, wo added three wickets to his records.