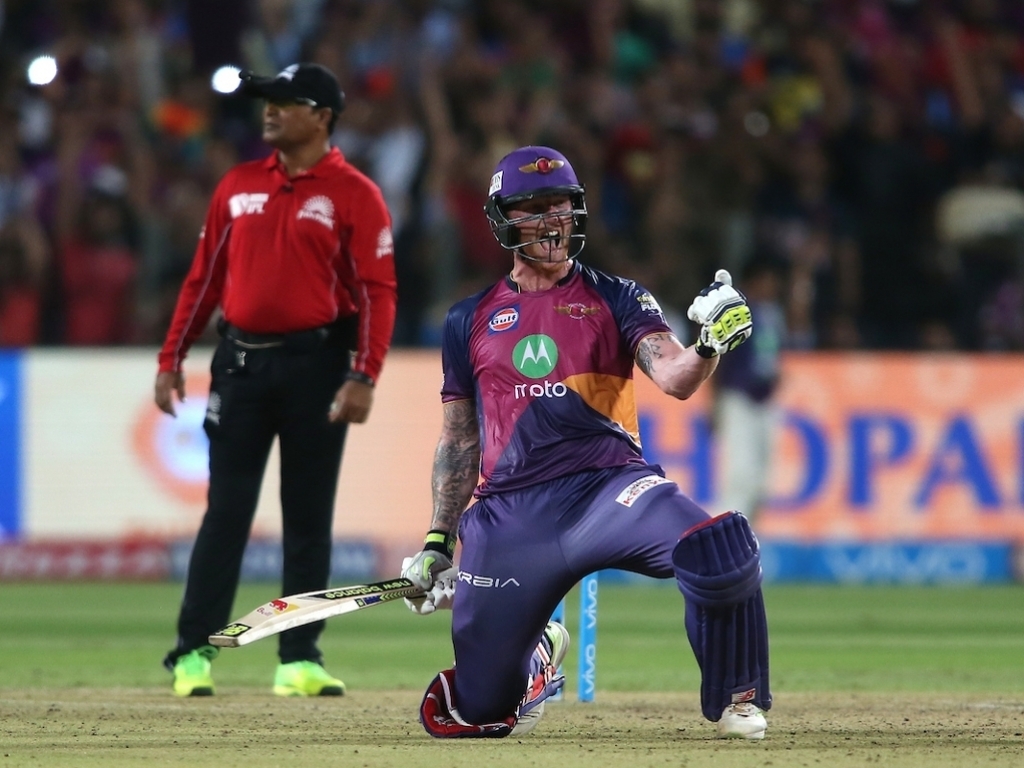 An unbeaten ton from Ben Stokes helped the Rising Pune Supergiant complete a five wicket win over the Gujarat Lions in Pune.

The Lions had posted a total of 161 all out which looked to be a sub-par score but put RPS under pressure by grabbing early wickets.

Stokes found himself at the crease in just the second over of the chase as RPS slipped to 10 for 3 in nine balls.

The Lions had faltered with bat in hand themselves after being given an excellent platform by openers Ishan Kishan (31) and Brendon McCullum (45) with the pair putting on a 55 run opening partnership.

It was Imran Tahir who would set the Lions teetering getting Kishan caught at short third man before Suresh Raina was run out in his second over.

Tahir’s third over saw him whip out Aaron Finch (13) and Dwayne Smith who was bowled by his googly for first ball duck.

Dinesh Karthik (29) and Ravindra Jadeja (19) looked like they could guide the Lions to a big score but the latter top edged Dan Christian to short fine leg.

Jaydev Unadkat produced a final over that saw four wickets fall, one of them Karthik who was run out trying to get back on strike.

Pradeep Sangwan bowled a cracking opening over for the Lions removing Ajinkya Rahane (4) and Steve Smith (4) who both managed just a single boundary apiece.

Basil Thampi got in on the act in the next over trapping Manoj Tiwary leg before for a duck.

A mix up between Stokes and Rahul Tripathi (6) left the latter run out and RPS struggling at 44 for 2.

Stokes however came together with MS Dhoni and backed himself to take the team home even when the required rate jumped up to two runs per ball.

The England allrounder battled cramps in the latter stages of his innings but didn’t seem to lose any power as he cleared the rope for six sixes in his knock.

The crowd went a little quiet when hero Dhoni (25) was dismissed but Stokes (103*) soon had them on their feet again with a series of powerful strokes that saw him pass 100 in the final over recording the fourth ton of the IPL.

Stokes watched as Dan Christian (17*) hit the winning runs, needing one to win off two balls the Aussie crashed one way over the midwicket boundary for six.