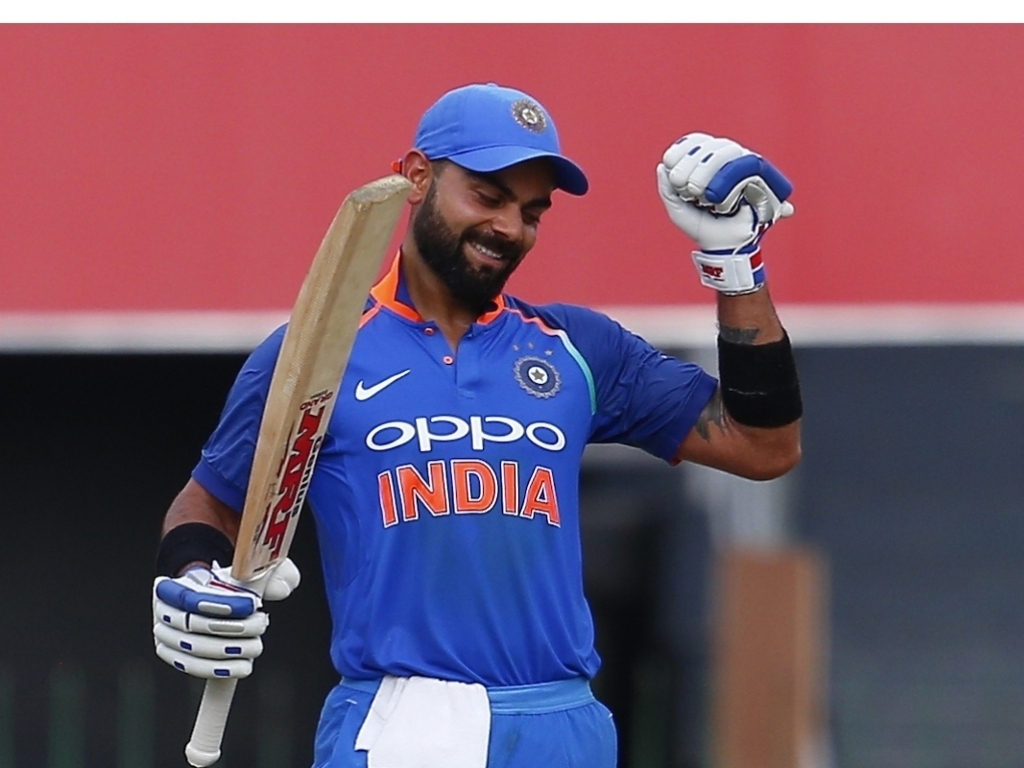 Virat Kohli stroked his 29th ODI century as India mauled Sri Lanka by 168 runs to take a 4-0 lead in the five match series.

Kohli needs just one more hundred to draw level with Ricky Ponting as the second highest century-maker in ODI cricket behind Sachin Tendulkar.

The India skipper won the toss and elected to bat first on a belter of a track at the R.Premadasa Stadium in Khettarama, Colombo.

India lost Shikhar Dhawan (4) early as he flashed at a wide one from Vishwa Fernando only to be caught at third man.

That brought Kohli to the crease to join Rohit Sharma and the pair would put on 219 for the second wicket with both batsman reaching centuries.

Kohli (131) became Lasith Malinga’s 300th ODI wicket in the 30th over but the damage was done.

Hardik Pandya (19) and Lokesh Rahul (7) could only play bit part roles and Rohit (104) also fell before the final ten overs.

The big push was left to Manish Pandey, making his long awaited return to international cricket, and MS Dhoni.

They would acquit themselves brilliantly well with Dhoni (49*) moving past Shaun Pollock and Chaminda Vaas to become the batsman with the most not outs in ODI cricket.

Pandey capped his return with a fine 50 not out as India posted an imposing 375/5 in their fifty overs.

The Sri Lankan response was tepid and will do little to lift the pressure on a team that has been in shambles for over a year now.

Angelo Mathews 70 stood head and shoulders above the rest of the batsmen’s efforts as the hosts yet again failed to even make a game of it.

In the end they would be bowled out for just 207 leaving 44 balls unused with Kuldeep Yadav’s 2/31 making him the pick of the India bowlers.