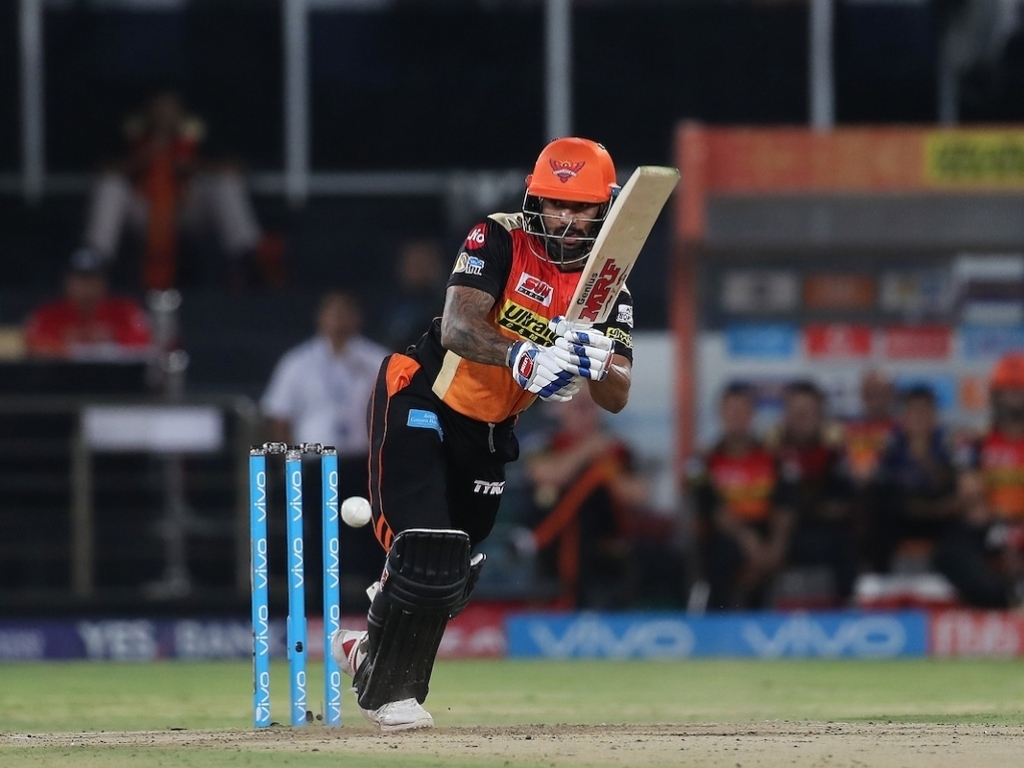 The Sunrisers Hyderabad bounced back from their first home defeat over the weekend to beat table-toppers the Mumbai Indians by seven wickets on Monday.

The Mumbai franchise posted a modest 138/7 in their 20 overs on a surface that wasn’t ideal for batting.

Almost all the Mumbai batsman struggled to settle barring Rohit Sharma who looked comfortable and celebrated his recall to the India ODI team with a knock of 67 off 45 balls.

Rohit found himself at the wicket in the fifth over with opener Lendl Simmons (1) and number three Nitesh Rana (9) failing.

Siddarth Kaul bowled a blinder of a spell and would end as the pick of the Sunrisers bowlers with figures of 3 for 24 picking up the wickets of Rana, Parthiv Patel (23) and Rohit.

Afghan starlet Rashid Khan stopped finisher Hardik Pandya (15) from seeing out the innings while Bhuvneshwar Kumar claimed the wickets of Kieron Pollard (5) and Karn Sharma (5) in the final over.

All the wickets that fell in Hyderabad https://t.co/y71LKJZQvR #VIVOIPL via @ipl

In response the Sunrisers hauled in the required total with ten balls to spare and in the end achieved the win comfortably.

The orange army lost their captain David Warner (6) early but Shikhar Dhawan (62*) played a beautifully constructed innings which will give those criticizing his selection for India’s Champions Trophy squad some pause for thought.

Moises Henriques was charged with filling the big boots of Kane Williamson at number three and did an admirable job hitting 44 of 35 balls before Jasprit Bumrah’s offcutter deceived him and he holed out.

Yuvraj Singh (9) couldn’t see the Sunrisers across the line with Lasith Malinga getting in on the offcutter party.

Vijay Shankar (15*) held his nerve though and together with Dhawan ensured that the Sunrisers earned a vital two points in their quest for a top four finish.

The Indians at guaranteed a place in the playoffs and stay top while the Sunrisers have opened up a five point gap on the Kings XI Punjab who are fifth but have two games in hand on the orange army.

The Sunrisers have bounced back beating the table toppers the Mumbai Indians https://t.co/Pl5h2cZnmp #VIVOIPL via @ipl