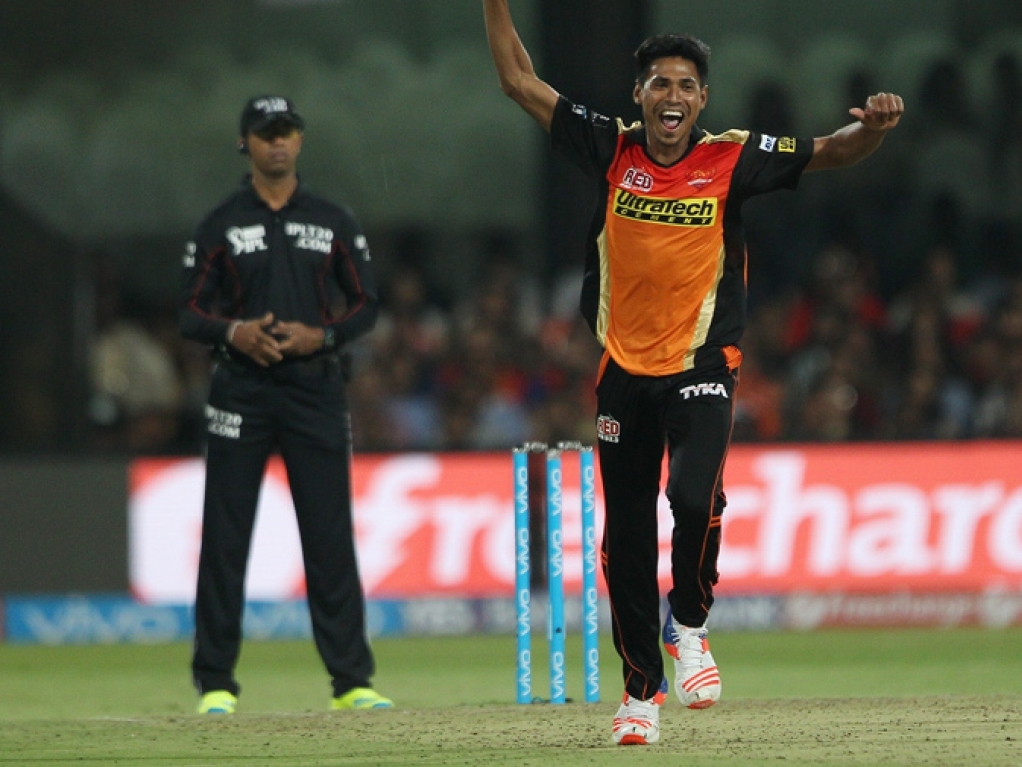 The Sunrisers Hyderabad notched up their fifth victory of this season's Indian Premier League (IPL) when they beat the Gujarat Lions by five wickets after chasing down a target of 127.

Opener Shikhar Dhawan played the crucial knock as he anchored the innings, ending unbeaten on 47 when the winning runs were scored with exactly an one over to spare.

David Warner gave the hosts a fast start with a quick-fire 24 off 17 balls but the innings got stuck in the middle-overs as Gujarat's seamers Dhawal Kulkarni and Dwayne Bravo pegged them back.

Kulkarni finished with figures of two for 17 in four overs and Bravo also claimed two scalps while unorthodox spinner Shivil Kaushik was difficult to get away, going for 25 runs in four overs.

However, Naman Ohja (9*) and Dhawan saw their side to a much-needed victory in the penultimate over of the game.

Earlier, after being sent in to bat, Gujarat Lions could only put on 126 for six in their 20 overs with Aaron Finch top-scoring with an unbeaten 51.

The Lions got off to the worst possible start with the bat as they slipped to 34 for four in the eighth over and they never recovered as they posted a below-par total.

Bangladesh pacemen Mustafizur Rahman was again the pick of the Sunrisers' bowlers as he nabbed two for 17 in four overs.