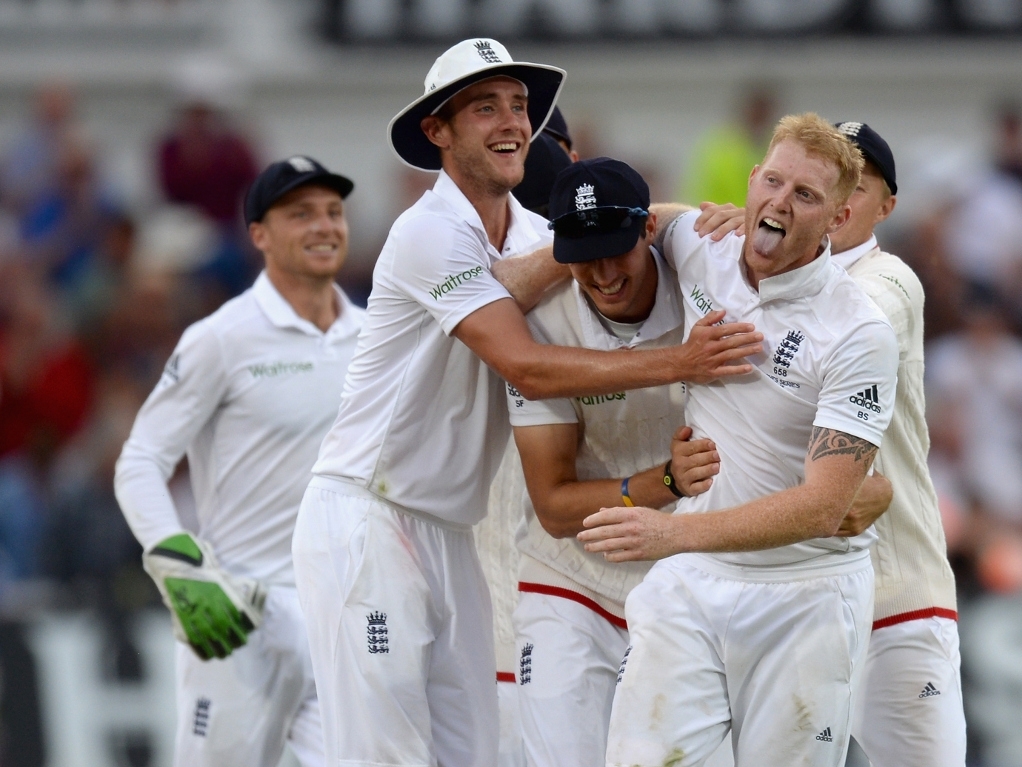 England have regained the Ashes after completing an innings and 78-run win over Australia in the fourth Ashes Test at Trent Bridge to take an unassailable three-one series lead.

Australia resumed day three in Nottingham on 241 for seven, still 90 runs from making England bat again, and it took just 10.2 overs, and 40 minutes, for the home side to wrap up the victory.

Ben Stokes, who already had five wickets in the innings, started the inevitable for Australia when he clean bowled Mitchell Starc for a 17-ball duck.

The 35 year-old batsman Adam Voges, who was 48 not out overnight, completed his first Test half-century but could do nothing really as the Aussies relinquished the urn.

Fast bowler Mark Wood bowled Josh Hazlewood for a duck and knocked over last man Nathan Lyon for four as the celebration started for the England team. Voges was left standed on 51 not out.

Allrounder Stokes finished with figures of six for 36 from 21 overs while Wood had a respectable three for 69 from 17.2 overs.

The victory was really achieved on the first morning of the Test when Australia were 60 all out 20 minutes before lunch with England paceman Stuart Broad claiming an incredible eight for 15.

Joe Root then scored 130 for England, who replied with 391 for nine before their skipper Alastair Cook decided to declare in the first session of the second day.

England won the first Test of the series, in Cardiff, by 169 runs before Australia bounced back to win by a massive 405 runs in the second match at Lord's. England recovered to win by eight wickets in the third Test at Edgbaston.

The Ashes triumph will be especially sweet for England as they lost the last series five-nil in Australia more than a year ago.