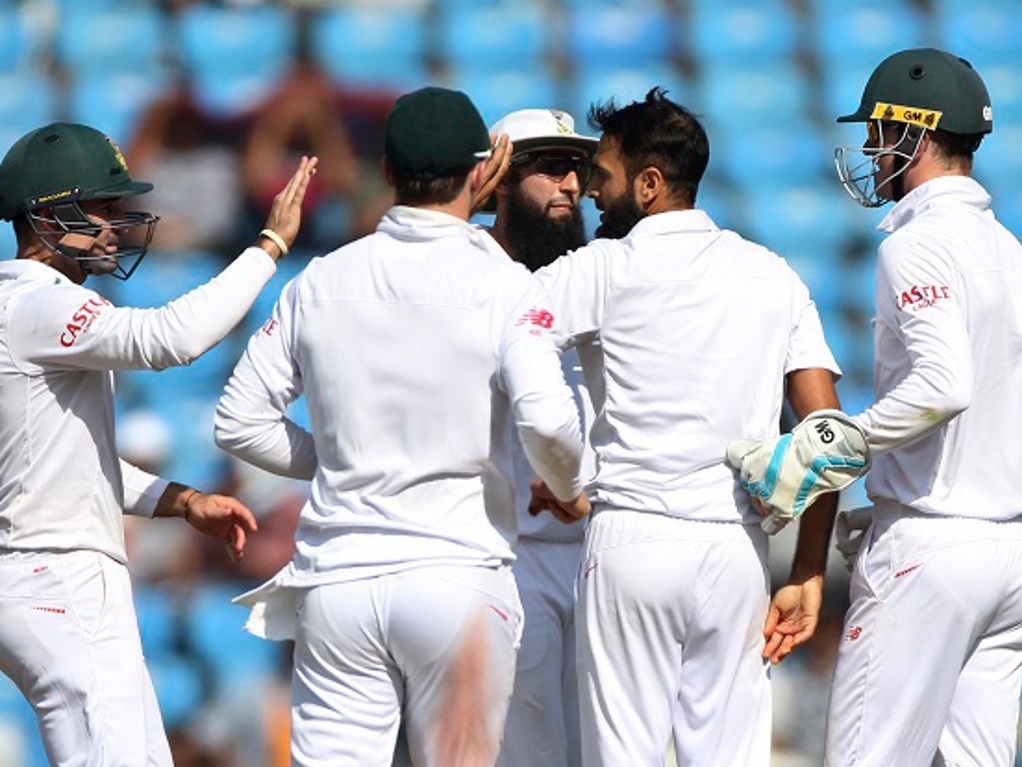 South Africa spinner Imran Tahir recorded career-best bowling figures of five for 32 but the Proteas still face a tough ask in the third Test against India in Nagpur, still needing another 280 runs to win in the last innings of the match on a turning pitch.

The visitors, who resumed the second day on 11 for two in their first innings, were skittled out for just 79 in reply to India's first innings total of 215 all out.

The top-scorer in the Proteas' first innings came from JP Duminy, who only made 35, while India's kingpin spinner, Ravi Ashwin, took his 14th fifer in Test cricket, recoding figures of five for 32 in 16.1 overs.

The away side could just not cope on a surface that, in all fairness, should not be allowed for a proper game of cricket.

The hosts themselves did not do much better in their second stint at the crease as they were bowled out for 173, with Tahir taking only his second five-wicket haul in his 19th Test.

With South Africa needing the near impossible task of chasing down a target of 310 runs to win, they were 35 for two at stumps, losing opener Stiaan van Zyl (5) and nightwatchman Tahir (8) in the process.

Ashwin got Van Zyl to drive a simple catch to cover while Tahir was given out lbw to a straight ball from legspinner Amit Mishra when he was playing for the turn.

We will have another Test game that will end inside three days, surely that cannot be good for the longest format.