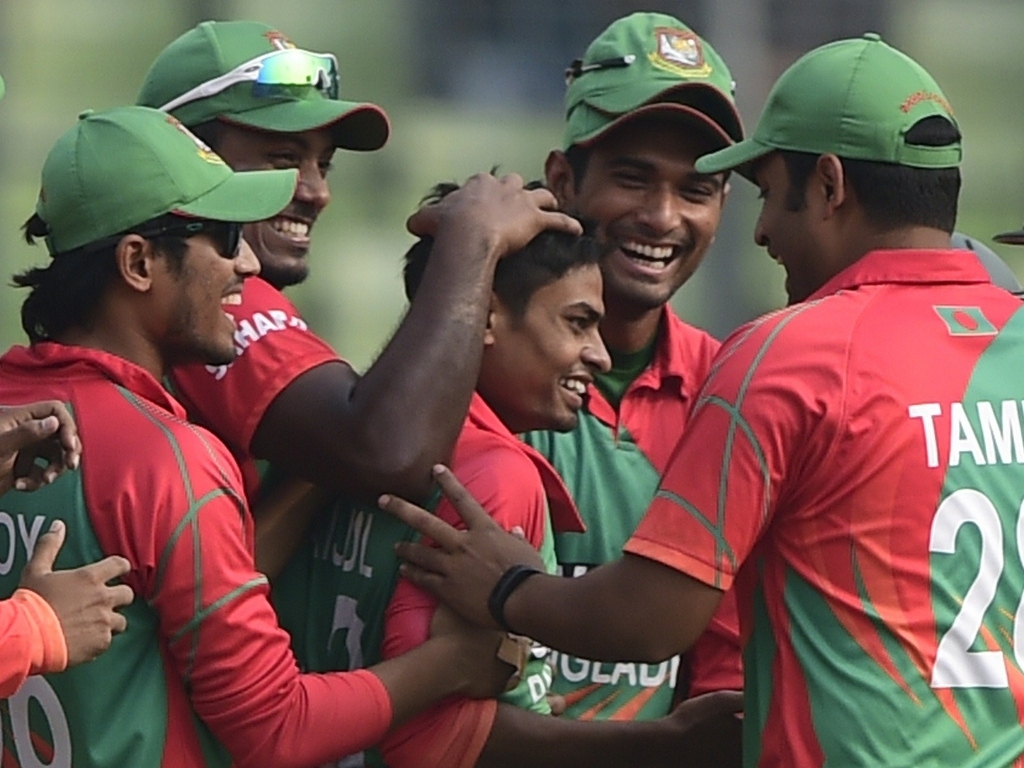 Bangladesh wrapped up a series whitewash against Zimbabwe on Monday, winning the fifth ODI by five wickets in Dhaka to send the Zimbabweans home without a win on the tour.

Zimbabwe lost their Test series three nil, and were equally poor in the one-dayers, with their batsmen unable to cope with the spinning pitches and their bowlers slightly more effective but not by much.

Zimbabwe batted first and were all out for 128 in 30 overs, with spinner Taijul Islam taking a hat-trick on debut, the first player to do so in ODIs. Taijul was also the man who took eight wickets in the first Test against Zimbabwe.

The only Zimbabwean batsmen to reach double figures were Hamilton Masakadza and Vusi Sibanda. The former made 52, while the latter added 37. The next best scores were a trio of nines in the middle order.

Taijul claimed his hat-trick over two overs, first bagging Tinashe Panyangara off the last ball of the 27th over, and then John Nyumbu and Tendai Chatara with the first two balls of the 29th over.

The Tigers nearly lost their way in the chase by losing four wickets for 58 runs, but a half century from Mahmudullah saw them reach 130 with five wickets down, and with more than 25 overs to spare.