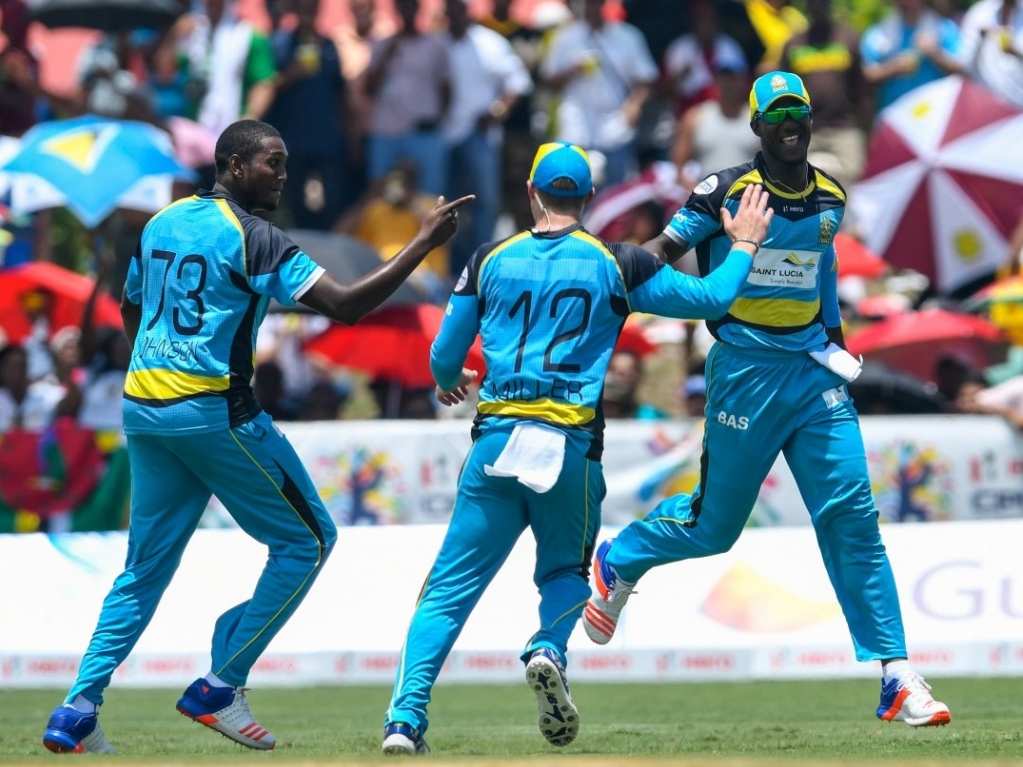 The St Lucia Zouks continued their excellent run of recent form with a fifth win of the 2016 Caribbean Premier League (CPL) against the Jamaica Tallawahs at the Central Broward Stadium in Lauderhill, Florida.

A terrific 74 not out from Andre Fletcher was the foundation of the Zouks 206-3. It proved too much for the Tallawahs as they never recovered from the early losses of Chris Gayle and Kumar Sangakkara to finish well short of their target.

The victory also secured the Zouks qualification for the CPL play-offs for the first time in their history.

The Zouks got off to a flying start with 60 runs coming without loss in their best PowerPlay performance of 2016 so far. Johnson Charles dominated the early exchanges, hitting two Hero Maximums together with six boundaries on his way to his third fifty of the tournament off 29 balls.

At the other end Fletcher showed similarly aggressive intent, sending a six back over of Powell as the Zouks opening pair kept up a strike rate of more than ten per over.

The introduction of the slow left-arm of Shakib Al Hasan temporarily applied the brakes to the scoring. Only four runs came from his first over, and when his second brought the much-needed breakthrough as the well-set Charles chased a ball into the hands of Rovman Powell the Tallawahs began to grow in confidence as only twelve runs came from the next three overs.

The thirteenth, however, saw the Zouks find their feet again as 19 runs were scored, Shane Watson hitting six, four, six off successive deliveries from Powell.

Watson continued to deal mainly in Hero Maximums, hitting two more off Russell to move ahead of his partner as the Zouks reached 148-1 at the end of the 15th over.

Although Watson fell next ball, caught by Walton near the backward point boundary off the bowling of Kesrick Williams, momentum had been re-established, and David Miller quickly settled in and provided good support to the accelerating Fletcher.

The opener, having earlier become the fifth batsman to score his 1000th run in the CPL, brought up his fifty with a crunching Hero Maximum off the bowling of an apparently struggling Andre Russell who was having a game to forget with the ball, finishing with 0-64 off his four overs.

After Miller fell in the penultimate over to an excellent one-handed catch by Sangakkara to give Williams his second wicket, some last over hitting from Fletcher and new batsman Daren Sammy took the Zouks to an imposing 206-3, their highest team score of 2016.

The Tallawahs reply got off to an eventful start as Chris Gayle, having struck successive sixes, caught the shoulder of the bat as he pushed at the next ball from Delorn Johnson into the hands of Sammy at slip. Kumar Sangakkara arrived at the crease in good touch, striking several beautifully timed boundaries as he and Chadwick Walton comfortably kept up with the required rate.

The sixth over, however, brought disaster as Sri Lankan Sangakkara, backing up at the non-strikers end, was run out for 18 going for a quick single which Walton was slow to respond to.

A PowerPlay score of 57-2 had kept the Tallawahs in the hunt, but when Powell skied an outside edge to Sammy, who completed the catch off his own bowling, they began to struggle as the required run rate began to rise.

Walton tried to maintain some momentum, reaching his fifty in the 14th over, but boundaries were in short supply in the face of an excellent performance in the field from the Zouks.

Shane Shillingford bowled particularly well, and was rewarded with the wicket of the opener, caught by Johnson at long-off for 54. Despite some big hitting from Andre Russell, there was too much to do and wickets fell regularly as the innings drew to a close.

It was an excellent team performance from the Zouks who will go into the play-offs high on confidence after such an emphatic victory. The Tallawahs, their qualification already assured, will look to gain some revenge when the teams meet again on Sunday.