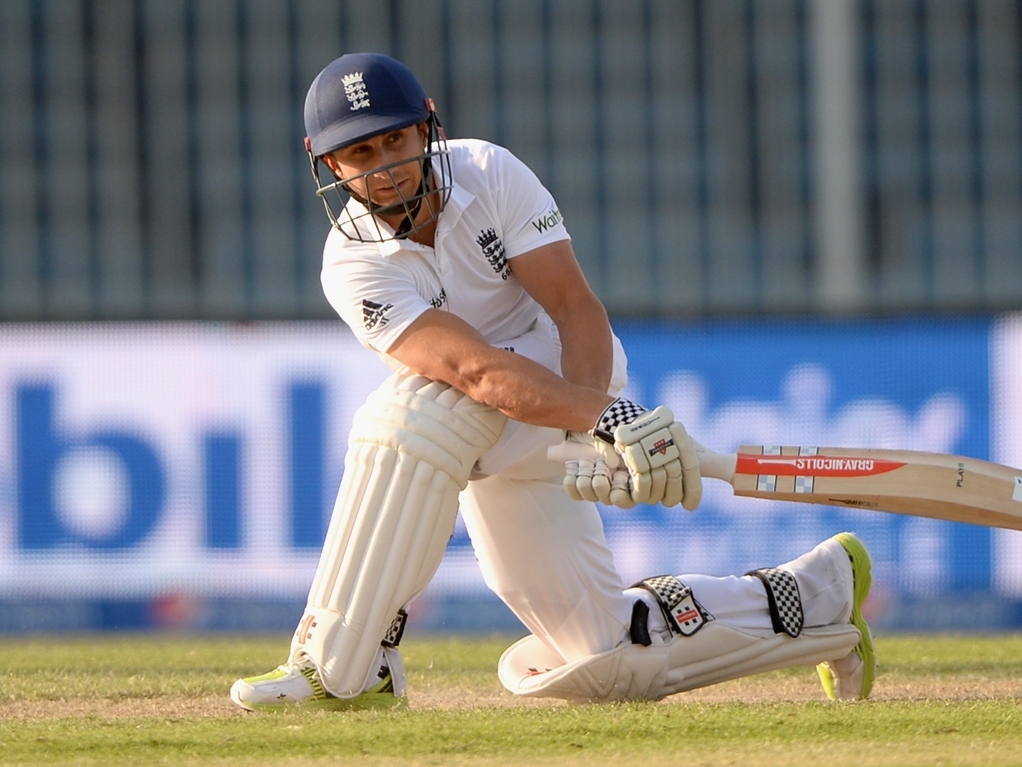 James Taylor showed that he belonged in the Test arena as he scored his maiden fifty in the longest format to leave England on 222 for four at stumps on day two of the third and final Test against Pakistan in Sharjah, only a deficit of 12 runs.

Playing in his first match in the England whites since 2012, Taylor hit an unbeaten 74 as the Three Lions go in search of the victory that will give them a one-all draw in the series.

The Nottinghamshire player shared a crucial partnership with Jonny Bairstow (37*) that is still going strong on 83 as they settled England down after they were 139 for four.

Resuming the day on four without loss after bowling Pakistan out for 234 on the first day, Moeen Ali (14) was the first wicket to fall when he top-edged a delivery from offspinner Shoaib Malik.

Captain Alastair Cook and Ian Bell added 71 before legspinner Yasir Shah had the skipper caught at short-leg for 49 while Joe Root fell cheaply shortly thereafter to leave England on 97 for three.

Bell then combined with Taylor to add 42 for fourth wicket and took the visitors to tea on 135 for three, but shortly after the interval Yasir beat Bell in the flight and the right-hander was stumped by wicketkeeper Sarfraz Ahmed for 40.

With the Three Lions four down, Pakistan sniffed a chance to run through the batting lineup especially as the tourists are one man short after allrounder Ben Stokes dislocated his shoulder in the field on day one.

The younger members of the England squad showed good composure to douse Pakistan's flames and then slowly build their innings, while they will be looking for a big score on day three.

Yasir was pick of bowlers with figures of two for 79 from 29 overs while left-arm seamer Rahat Ali ran in hard all day to take one for 35 in 16 overs.