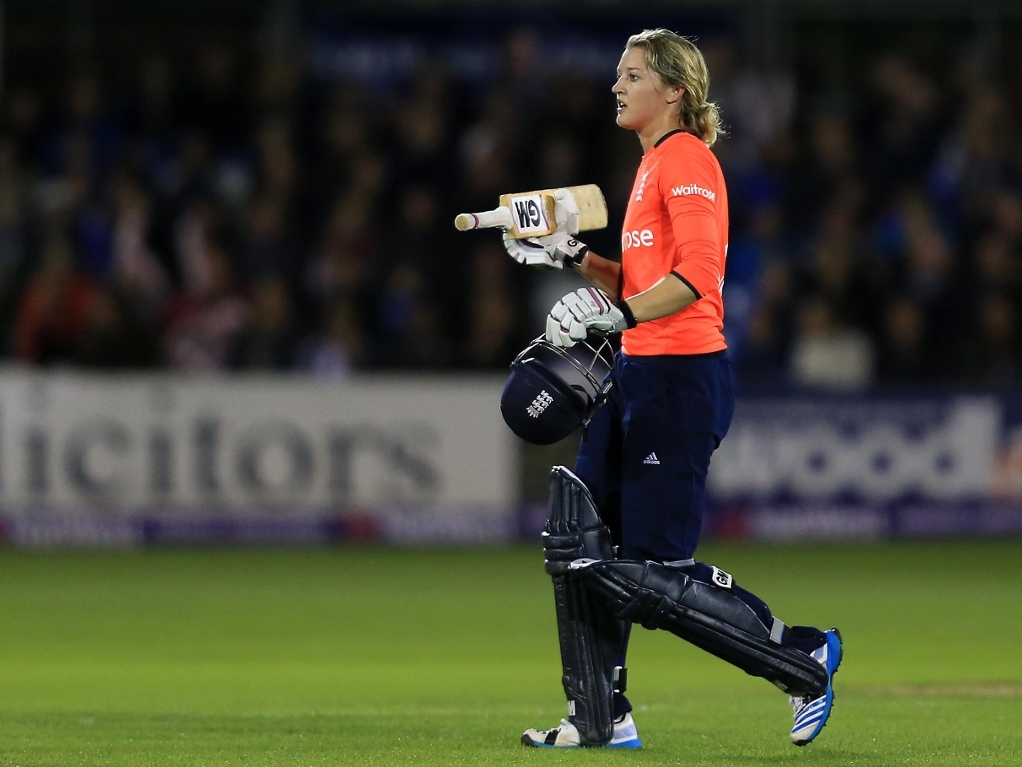 The England Women kept their Ashes hopes alive when they convincingly beat Australia by seven wickets in the first of three T20s at the County Ground in Chelmsford on Wednesday.

Sarah Taylor, batting at number three, struck 50 off 43 balls to guide England to victory after they were given a target of 123 to win by the visitors.

The key partnership in the home team's chase was for the second wicket between captain Charlotte Edwards (39) and Taylor, who put on 77 to virtually guarantee victory.

The pair came together as the early as the third over with only five runs on the board, after opener Lauren Winfield fell for just a single, and were only separated in the 14th over when Edwards was stumped off the bowling off Ellyse Perry.

Taylor was out for with just 19 runs to win but her job was already complete as Natalie Sciver (20*) and Katherine Brunt (13*) saw their side home.

Earlier, a disciplined allround display from the England bowlers was key as Australia could only muster 122 for eight in their 20 overs.

Only Perry (30) and Aussie skipper Meg Lanning (28) scored anything meaningful towards their sub-par total. Sciver was England's best bowler with two for 18 in three overs.

With Australia winning the three-match ODI series two-one and beating their hosts in the one-off Test, England have to win the all three T20s to hold onto the Ashes urn.