Test day called off without a ball bowled 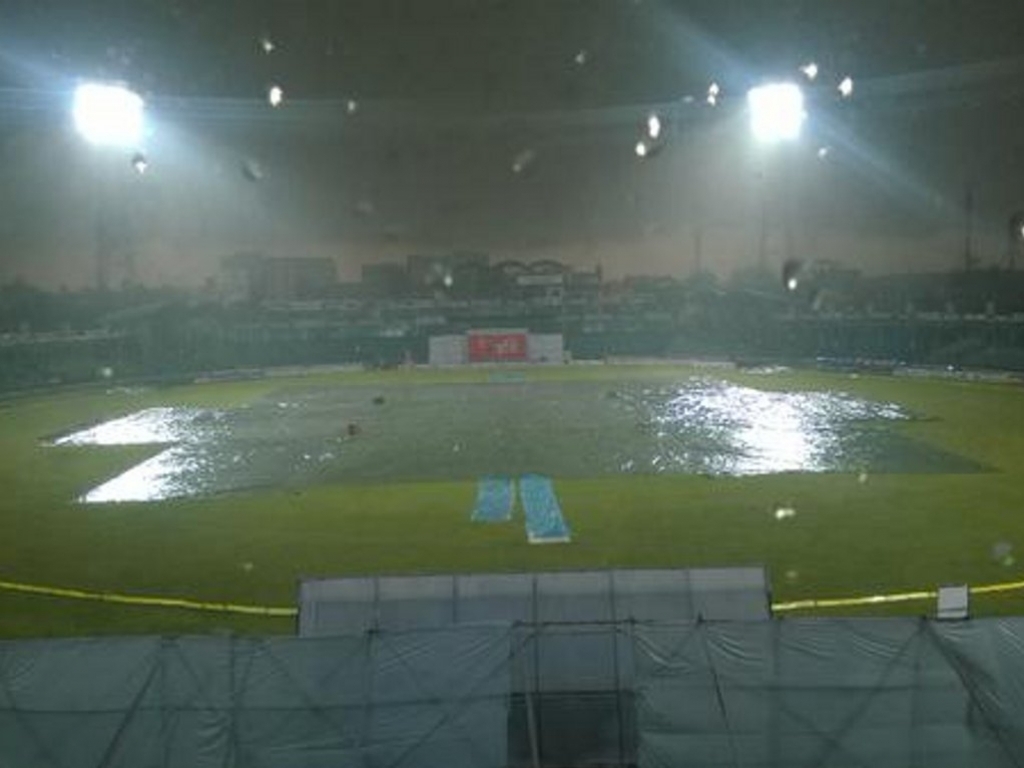 The second day of the only Test between Bangladesh and India was called off in the afternoon, without a ball bowled in the day, as a monsoon struck the city and made the ground unplayable.

While the rain had ceased by lunchtime, the sheer volume of rain overnight and in the morning made it impossible to clear, and no attempt was made to removed the puddle-filled covers.

As such, India remained on 239 for none, with Shikhar Dhawan on 150 not out and Murali Vijay on 89. They scored those runs on a truncated day one, where four hours were lost to rain.

The forecast is not expected to improve for the rest of the match, as rain is forecast up to 90 percent for every day left. This is not surprising, as cricket is normally not played in Bangladesh at this time of year for exactly this reason.