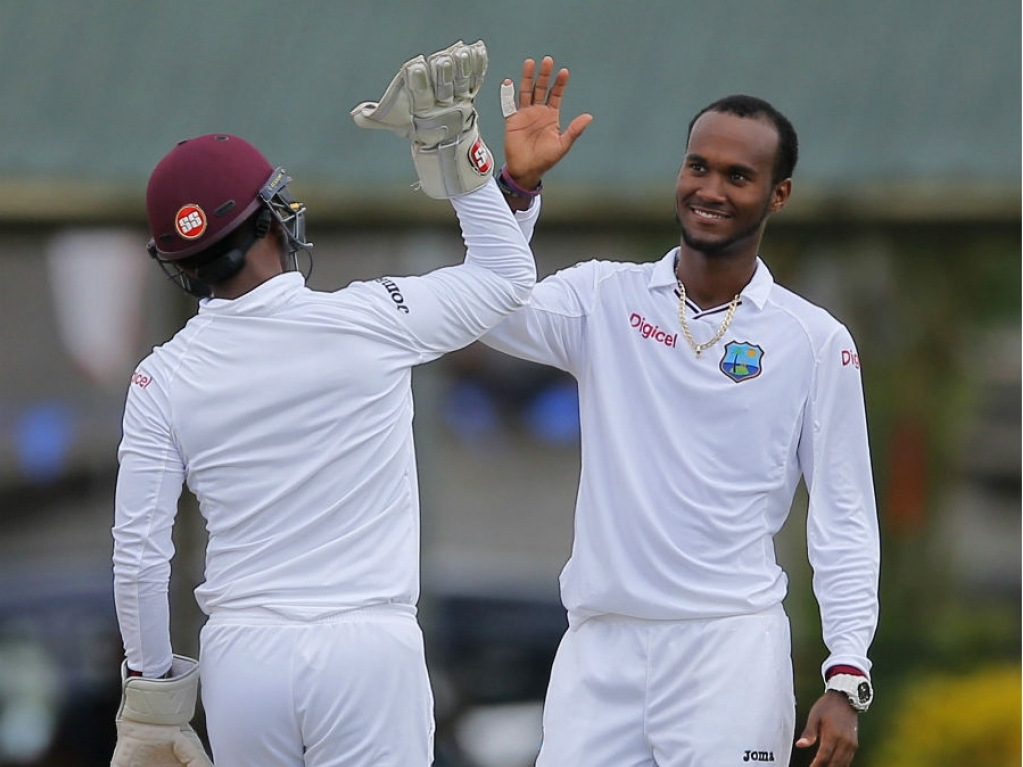 The West Indies need a middling, yet really tricky, 244 runs to win the second Test against Sri Lanka in Colombo, and ended day three on 20 for one and needing 224 runs for victory.

The visitors have two days to chase the score down, but will need to call on all their reserves of concentration as the pitch is spinning like a top, with Kraigg Brathwaite, a part-time spinner at best, taking six wickets on day three.

The day began with the hosts on 76 for two and holding a decent lead, with Dinesh Chamdimal and Kaushal Silva in the middle. They were both out with the score on 84 though, with Jomel Warrican and Jerome Taylor bagging those wickets.

Then came Brathwaite, who before this innings had one lone Test wicket. He ripped through the middle order, removing batsmen at regular intervals, including Angelo Mathews for 46 and Milinda Siriwardana for 42.

He also claimed the final wicket on the innings, Nuwan Praeep for a first ball duck, to record his best first class figures by some distance (6/29).

The Windies thus came out to bat before tea with nine overs till the break, and the clouds gathered ominously. They lost the wicket of Brathwaite though, for three, as he failed at his primary job.

But with the rain arriving at the break, he will be forgiven by his coach and colleagues after taking such good advantage of the deck. Whether the Windies will be able to resist the spin and reach the target, or even day five, is a big 'if'.