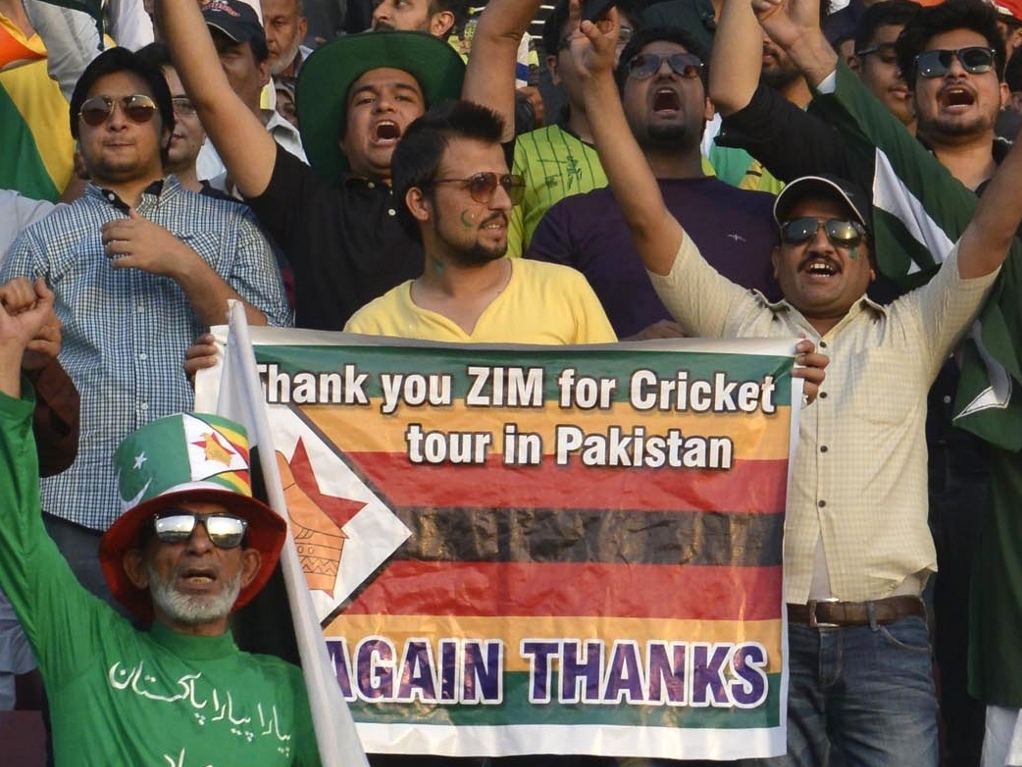 The third ODI between Pakistan and Zimbabwe in Lahore was abandoned due to rain in the second innings on Sunday, leaving the hosts with a two-nil series win.

Pakistan had already secured the series going into the game, played despite a suicide bomb attack close to the stadium on Friday, and wanted the whitewash to maintain their ODI ranking, which the rain scuppered.

Zimbabwe were nine overs into their chase, going rather well on 68 for nil, when there was a floodlight failure and they had to leave the middle. Once that was fixed, the rain arrived, and got heavier as the day progressed.

With the game called off, Zimbabwe are expected to be on the first available flight back to Harare, said to be in the early hours of Monday morning to ensure maximum safety.

This series was the first visit by an international team since 2009, when the Sri Lanka team bus was attacked by gunmen. It was played amidst heavy security, and the fans were notably grateful to have cricket back home.