Home Countries Bangladesh Tigers all over poor Proteas in Chittagong

Tigers all over poor Proteas in Chittagong 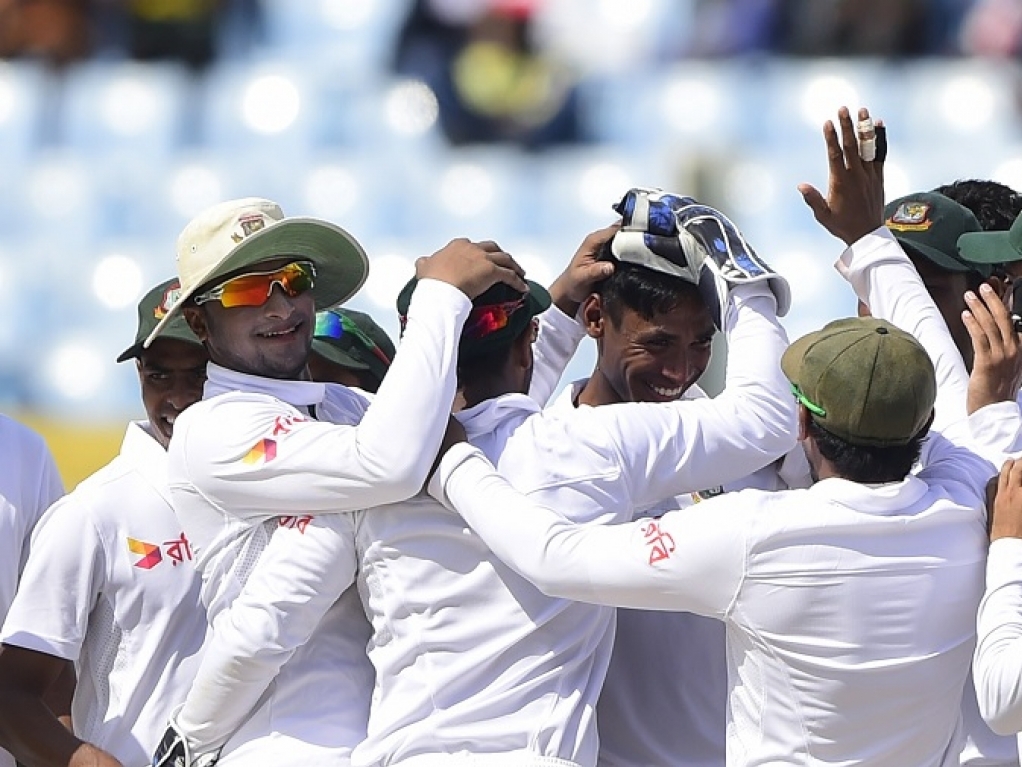 Test debutant Mustafizur Rahman spearheaded a wonderful Bangladesh bowling performance as they dismissed South Africa for 248 on day one of the first Test in Chittagong on Tuesday.

The 19 year-old left-arm paceman Mustafizur, who was selected on the back on some excellent performances in ODI cricket for the Tigers, took four wickets, including three in one over, to initiate a stunning collapse from the visitors after a relatively good start.

After Proteas skipper Hashim Amla won the toss and elected to bat, openers Stiaan Van Zyl and Dean Elgar put on 58 and looked largely untroubled in the first hour.

Van Zyl, who was opening the batting for the first time in international cricket, was unlucky as he was caught down the legside off spinner Mahmudullah for a stylish 34.

Elgar and Faf du Plessis took the visitors to lunch on 104 for one with both players looking set for big score. The hosts however came out with renewed vigour in the second session and got rid of both batsmen with the score on 136.

Amla and Temba Bavuma, who took the Proteas to on 165 for three, added 37 runs for the fourth wicket when Mustafizur started his heroic spell.

He dismissed Amla (13) and JP Duminy off successive balls and although Quinton de Kock survived the hattrick ball he was clean bowled the next delivery to leave South Africa in tatters on 173 for six.

Bavuma, who added 35 with Vernon Philander (24) and 29 with Simon Harmer (9), at least reached his maiden Test fifty, in only his third Test, before he was last man out for 54 to that man Mustafizur.

The home team's openers Tamim Iqbal and Imrul Kayes negotiated two overs to be seven without loss at stumps to probably complete the Tigers' best day of Test cricket against South Africa.