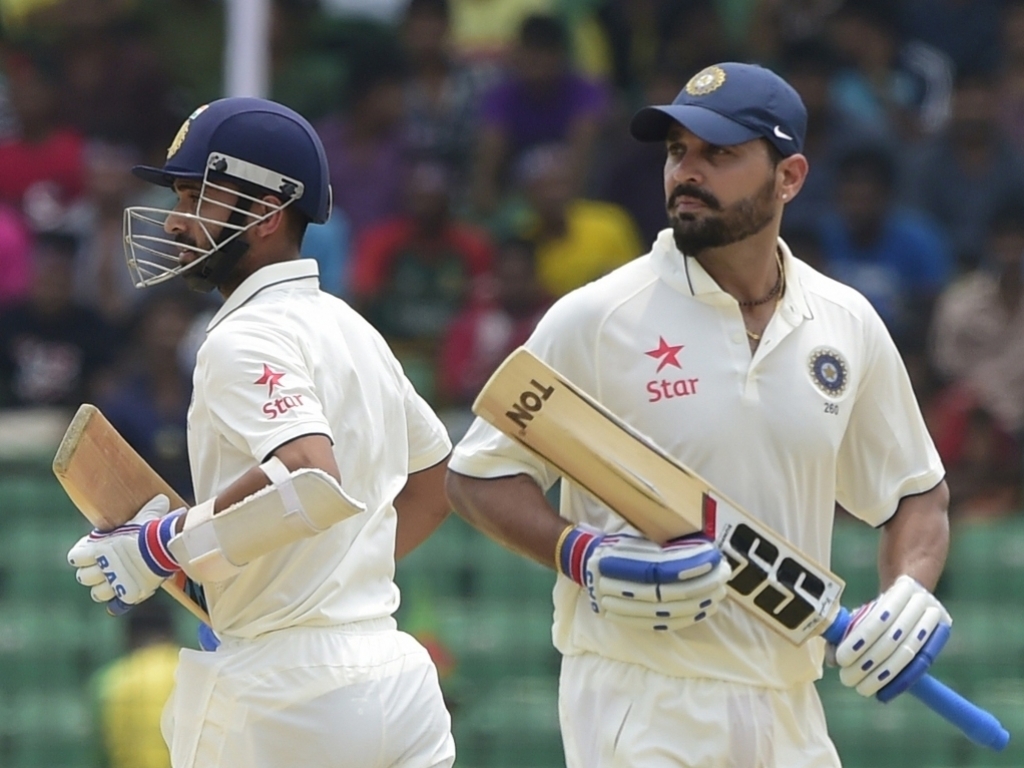 Day three of the only Test between Bangladesh and India in Fatullah was cut short by a session thanks to rain, which has already seen most of the game lost to the elements.

India lost six wickets on the day, but still managed to rack up the runs thanks to big centuries from Murali Vijay and Shikhar Dhawan, and an ODI-paced fifty from Ajinkya Rahane.

They were on 462 for six at the close, which was called at tea, though both centurions and Rahane had been removed. Shakib-al-Hasan had taken four of the six wickets.

The day began with Dhawan on 150 and Vijay on 89, and the former managed to add 23 more runs to his tally before being caught and bowled by Shakib.

Skipper Virat Kohli was removed for a paltry 14, while Rohit Sharma was only able to add six to the score. Vijay then joined forces with Rahane and they put on 114 together.

Both were sent packing as the covers came on and off all afternoon, with Vijay making 150, and Rahane was bowled on 98. Wriddhiman Saha was another cheap casualty,. out for six, bowled by Jubair Hossain.

At the close, Ravi Ashwin was on two, and Harbhajan Singh on seven. The forecast for the remaining two days, with 103 overs being bowled in the first three days, is for much of the same.