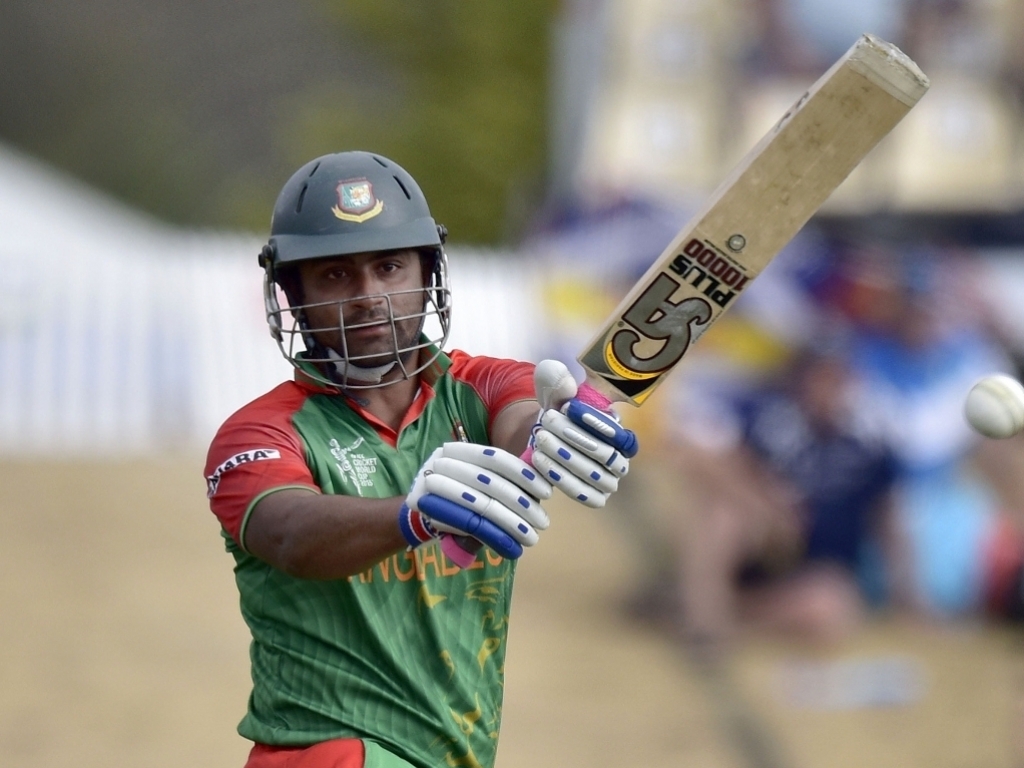 A strong batting performance from all their major players saw Bangladesh see off a strong challenge from associate side Scotland in a World Cup Pool A match at the Saxton Oval in Nelson on Thursday.

Chasing 319 for victory, the Tigers needed their the senior batsman to come to the party. And they certainly did, in emphatic fashion. Opener Tamim Iqbal, number three batsman Mahmudullah, former captain Mushfiqur Rahim and allrounder Shakib Al Hasan all struck fifties as the Tigers won by six wickets with 11 balls to spare.

The pursuit for victory did not start well for the Tigers as opening batsman Soumya Sarkar was out off the bowling of Josh Davey in the second over of the innings for just two to leave Bangladesh on five for one.

Tamim, who has the experience of 138 ODI's, and Mahmudullah then steadied the innings with a stand of 139 in almost 22 overs. Mahmudullah was bowled by seamer Iain Wardlaw for a run a ball 62 as Scotland got a much needed breakthrough.

Mushfiqur the came in and took the attack to the bowlers, hitting 60 off just 42 balls, including six fours and two sixes. At 200 for two, the Tigers seemed as if they were coasting to victory but the Scots had other ideas.

They got Tamim lbw to Davey for a well-played 95 and when Mushfiqur was out in the 38th over, the score was 247 for four, the Tigers still needing a further 72 from the last 12 overs.

It could all easily have fallen apart, but Shakib, probably Bangladesh's best player, and Sabbir Rahman guided the Asians to a vital win. Shakib was unbeaten on 52 and Sabbir ended on 42 not out.

For Scotland, the bowlers tried hard but could not contain a more experienced batting line-up. Davey was the pick of the bowlers ending with figures of two for 68 off his 10 overs.

A majestic innings of 156 from opening batsman Kyle Coetzer was the centerpiece for Scotland setting up a more than competitive total of 318 for eight for their bowlers to try to defend. Coetzer struck 17 fours and four sixes off the 134 balls that he faced, and walked away with the man of match award despite him being on the losing side.