Tigers book a date with India in Asia Cup final 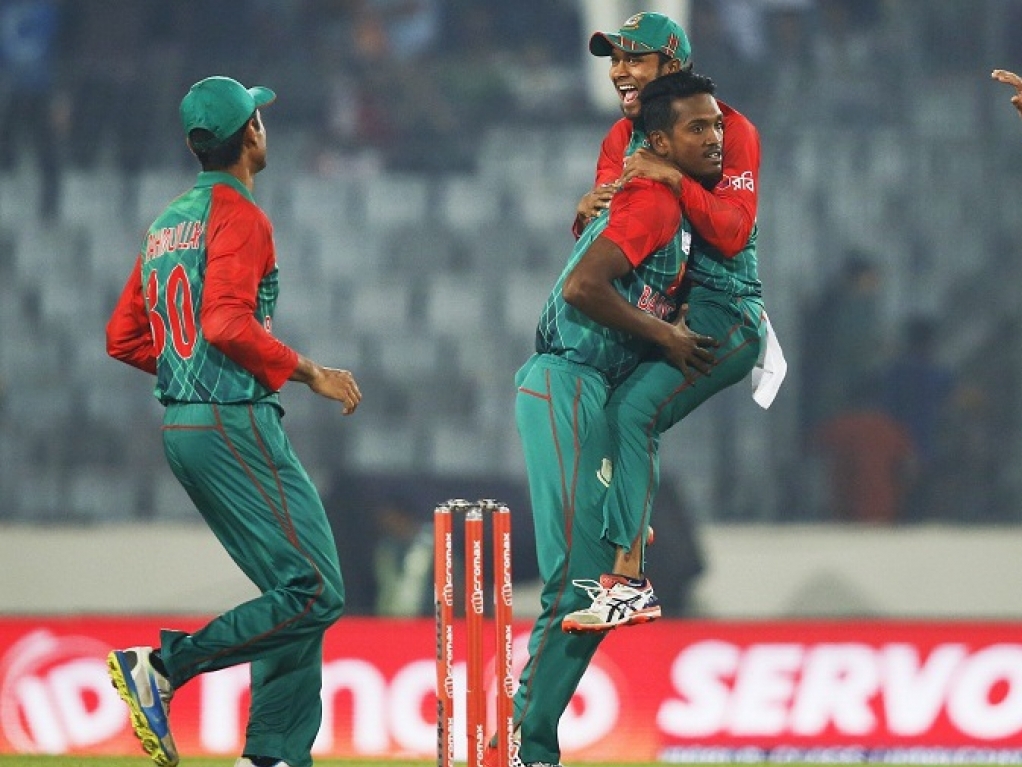 A disciplined effort with the ball and cameos from a few batsmen saw Bangladesh beat Pakistan by five wickets, with five balls remaining, in a T20I in Mirpur and ensured the host nation qualified for Sunday's Asia Cup final against India.

After restricting Pakistan to 129 for seven in their 20 overs, the home team were in trouble early on as they lost both Tamim Iqbal and Sabbir Rahman to be 46 for two in the ninth over.

However, opening batsman Soumya Sarkar was anchoring the chase well as he scored a run a ball 48 and shared in a crucial partnership of 37 with Mushfiqur Rahim (12) for third wicket.

When left-arm paceman Mohammad Amir bowled allrounder Shakib al Hasan (8) in the 18th over, the hosts still needed 26 from 16 balls as Pakistan really started to believe.

But the experienced pair of Mahmudullah (22*) and his captain Mashrafe Mortaza (12*) added an unbroken 27 runs for the sixth wicket to guide Bangladesh to their target, ending on 131 for five after 19.1 overs.

Al-Amin finished with figures of three for 25 from four overs while Arafat Sunny picked up two wickets as Pakistan stuttered along to their eventual total.

Only Sarfraz Ahmed (58*) and Shoaib Malik (41) made any notable contributions to a Pakistan batting effort that has some serious work to do before the World T20 starts in India later this month.