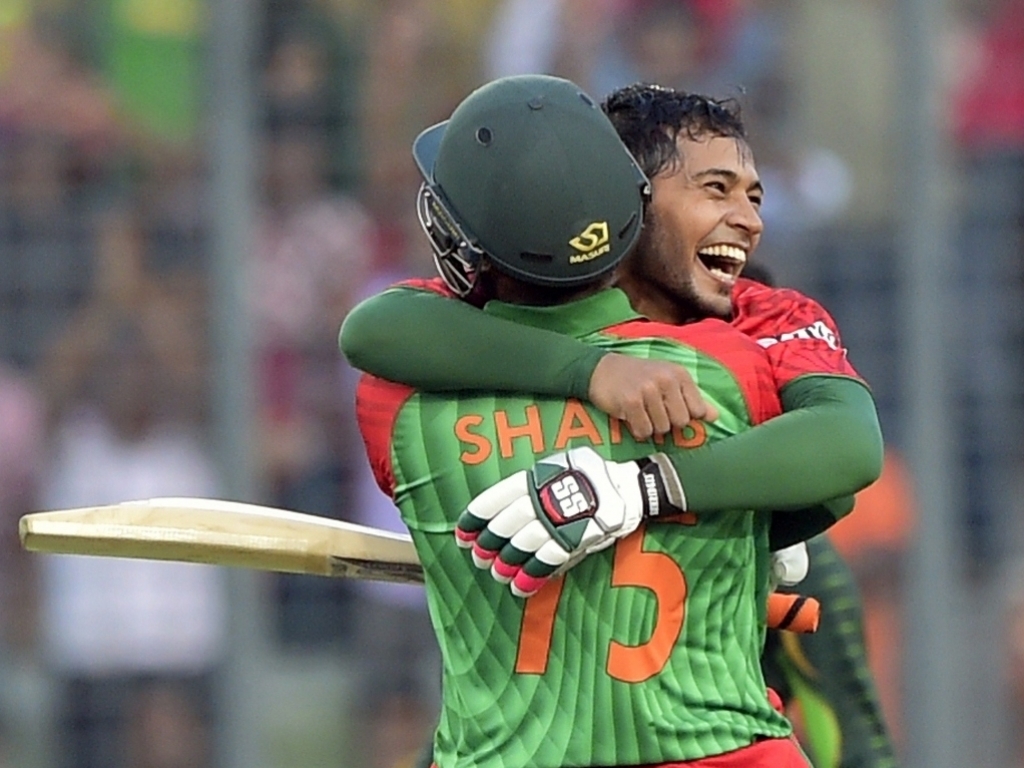 Bangladesh put on an excellent all-round performance in the first ODI against Pakistan on Friday, winning by 79 runs in just their second-ever victory over the opposition, thanks to twin tons from their seniors.

Tamim Iqbal and Mushfiqur Rahim both bagged centuries as the Tigers recorded 329 for seven. The bowlers then did the job, Taskin Ahmed and Arafat Sunny taking three each, as Pakistan ended their knock on 250 all out. This was their first loss to the Tigers since 1999.

The Tigers won the toss and opted to bat, looking to let their settled order have a go against an inexperienced Pakistan side that featured two debutants, Mohammad Rizwan and Saad Nasim. The former managed a half ton in the futile chase.

Opener Tamim has been under pressure to score for a while, and was well aware of that as he ticked the scoreboard along quickly. He and Soumya Sarkar put on 48 runs for the first wicket, before Sarkar was out for 20 to Wahab Riaz.

Tamim and Rahim put on a stand of 178 together, after Mahmudullah was out for five, and they pushed the score from 67 to 245. Tamim was the first one to fall, having made an impressive 132 off 135 balls, also to Wahab.

Rahim brought up his ton with Shakib-al-Hasan opposite him, and the wee man was overjoyed. He was out for 106 though, caught behind off Wahab. The paceman ended up taking four wickets, including Shakib for 31, and affecting a run out. A star in the gloom.

The chase never really got going as Taskin and company kept things tight. A half ton from Azhar Ali, under a lot of pressure in his first game as captain, and his first ODI since early 2013 was a bright spot.

Azhar was out for 72 to Taskin, while Haris Sohail made 51 and Rizwan added 67. But it was boom or bust, as the rest of the order failed and Pakistan stood no chance of scoring what would have been a record ODI chase for them.

The second ODI takes place on Sunday, also in Dhaka.