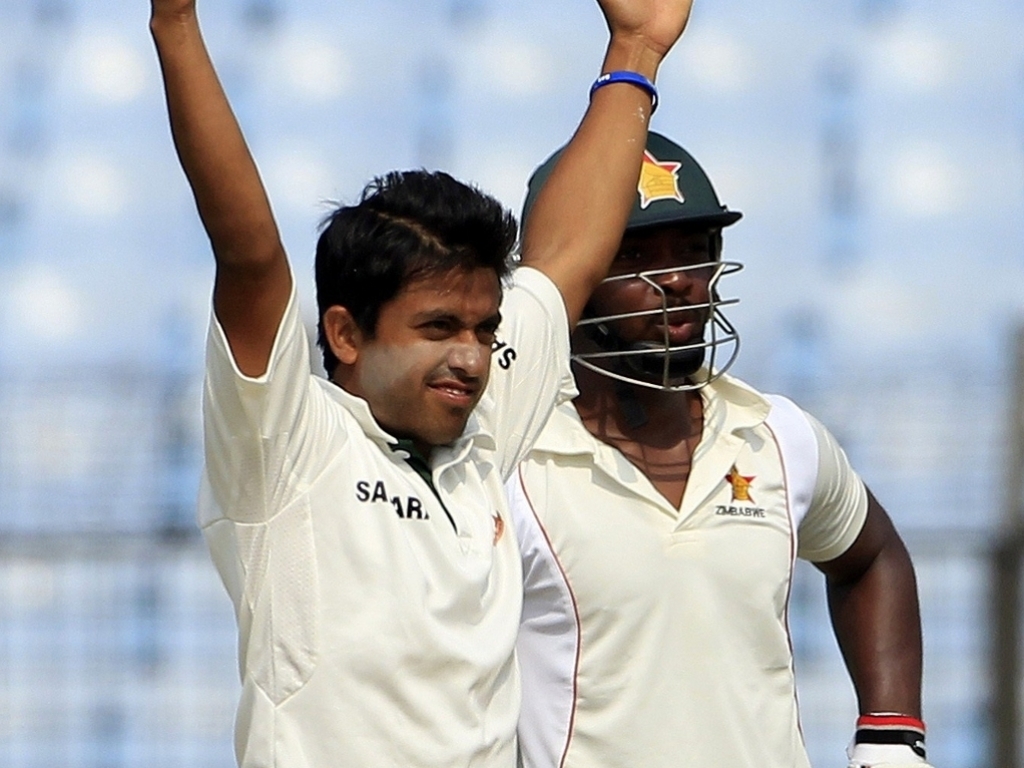 Bangladesh held a lead of 152 runs at stumps on day three of the third Test against Zimbabwe, batting in their second innings after bowling the visitors out in the evening in Chittagong.

The hosts were on 23 for none, having to face nine overs before the close of play, after bowling Zimbabwe out for 374, despite valiant half ton efforts from the middle order.

Zimbabwe began the day on 113 for one, with Sikandar Raza and Hamilton Masakadza already sitting on half centuries. But with Bangladesh posting 503 in their first dig, the hurdle was a high one.

The pair advanced the score to 169 in the morning, before Masakadza departed and triggered a mini collapse. He fell for 81, to Shafiul Islam, before Brendon Taylor departed for one and Raza for 82 just a few runs later.

Leg-spinner Jubair Hossain ended with a five-wicket haul, removing Elton Chigumbura later in the day after he'd added 88. The ODI skipper batted for a long while with Regis Chakabva, who made 65.

But the resistance crumbled in the evening, when the home spinners wrapped things up. This left nine overs to see out, and Tamim Iqbal was on eight at the close, while Imrul Kayes had 11.