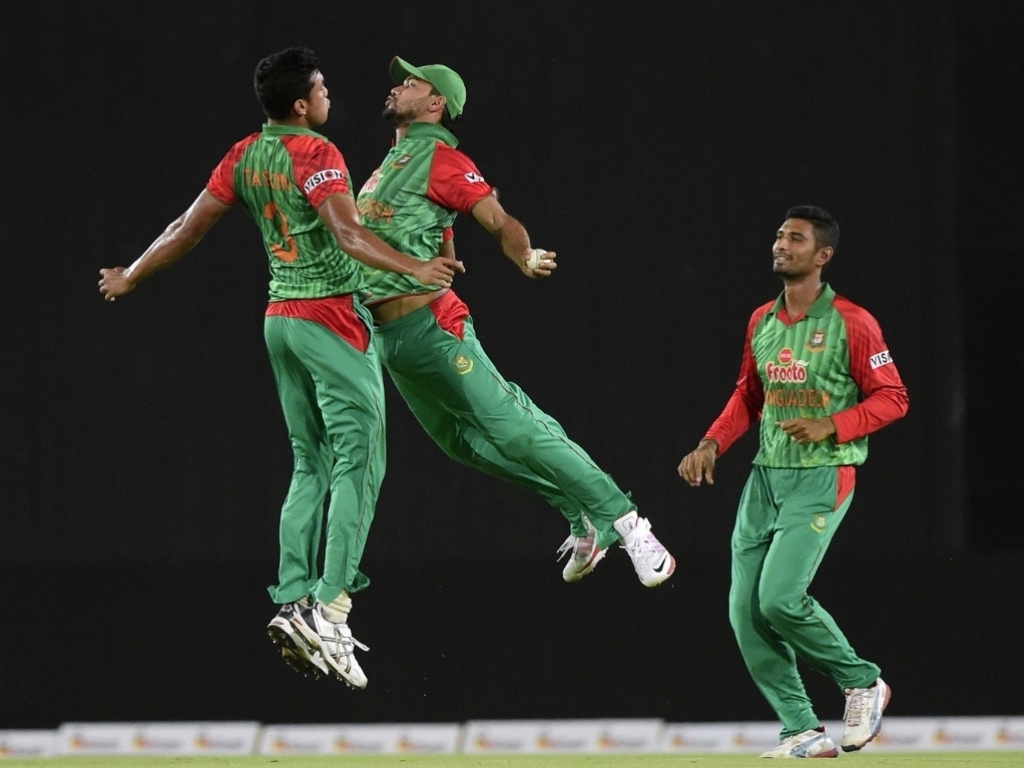 Bangladesh continued to pour misery on Pakistan as the Tigers once again outplayed their visitors to record a comprehensive seven-wicket victory in the one-off T20I clash on Friday.

After captain Shahid Afridi won the toss and chose to bat, Pakistan were restricted to a below-par total of 141 for five in their 20 overs.

The visitors never got off to a good enough start as the openers used up far to many balls to get going. Ahmed Shehzad was particularly slow, scoring 17 in 31 balls as Pakistan were already on the back foot at that stage.

Afridi promoted himself to number three to boost the scoring rate but fell just 12 as the pressure from the home side's bowlers was just to much for the Pakistan batsman.

Haris Sohail tried his best to get the score to something even remotely respectable, hitting and unbeaten 30 off 24 balls. Mohammad Hafeez chipped in with a run a ball 26.

Left-arm paceman Mustafizur Rahman, who was making his international debut at age 19, was the pick of the Tigers' bowling attack recording figures of two for 20 in four overs.

In the chase Bangladesh got off to a shaky start as they found themselves at 38 for three in the sixth over. Soumya Sarkar (0), Tamim Iqbal (14) and Mushiqur Rahim (17) all fell cheaply as fast bowlers Pakistan seamers Umar Gul and Wahab Riaz bowled well at the start.

But Shakib Al Hassan (57*) and Sabbir Rahman (51*) smashed the bowling attack to all parts of the ground in Mirpur as the Tigers won the match with more than three overs to spare.