Tigers hand out mauling to India in Mirpur 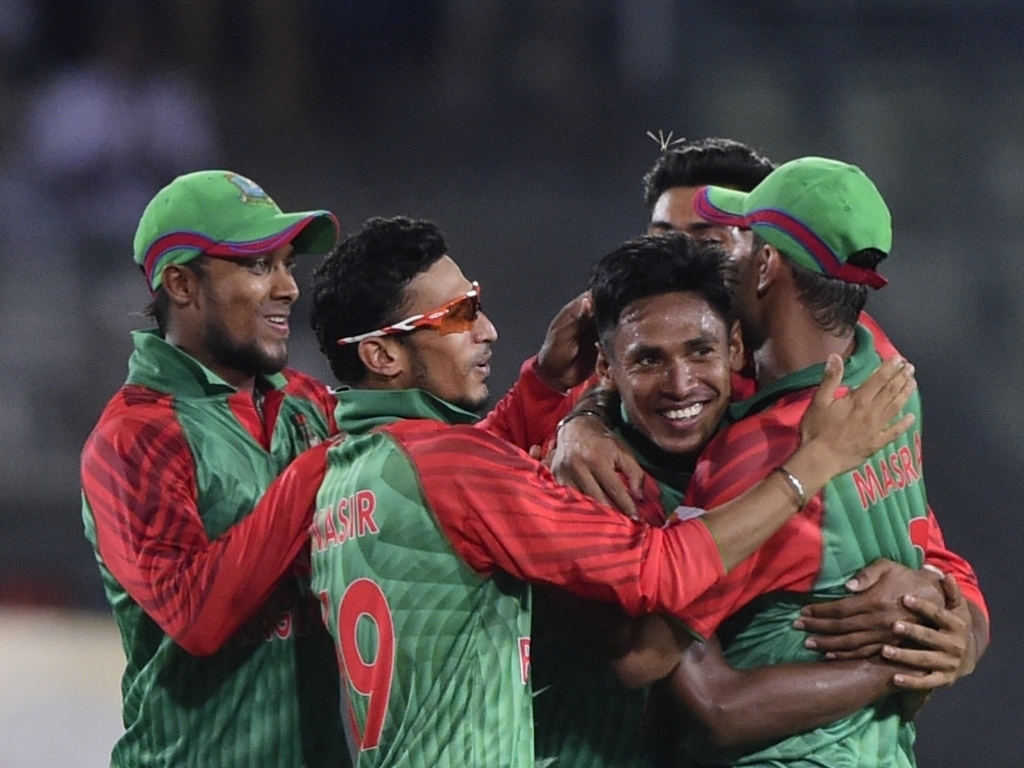 Fast bowler Mustafizur Rahman picked up five wickets on debut for Bangladesh as they comfortably beat India by 79 runs in the first of three ODI's in Mirpur on Thursday.

The 19 year-old Mustafizur bagged figures of five for 50 as he enabled his team to bowl their more illustrious opposition out for 228 chasing 308 to win.

None of the India batsmen could cope with pace attack of the Tigers as the fast bowlers picked up eight of the 10 wickets to fall.

Only Rohit Sharma, who opened the innings, made any score of note as he struck 63. He did not get the support from the other batsmen though as they crumbled under the pressure of the chase.

Earlier opening pair Tamim Iqbal (60) and Soumya Sarkar (54) put on 102 for the Tigers first wicket that was the cornerstone to them setting a decent total.

Shakib Al Hasan (52) and Sabbir Rahman (41) provided the late-order hitting that propelled the Tigers to a more than competitive score.

The second ODI of the series takes place on Sunday, also in Mirpur.