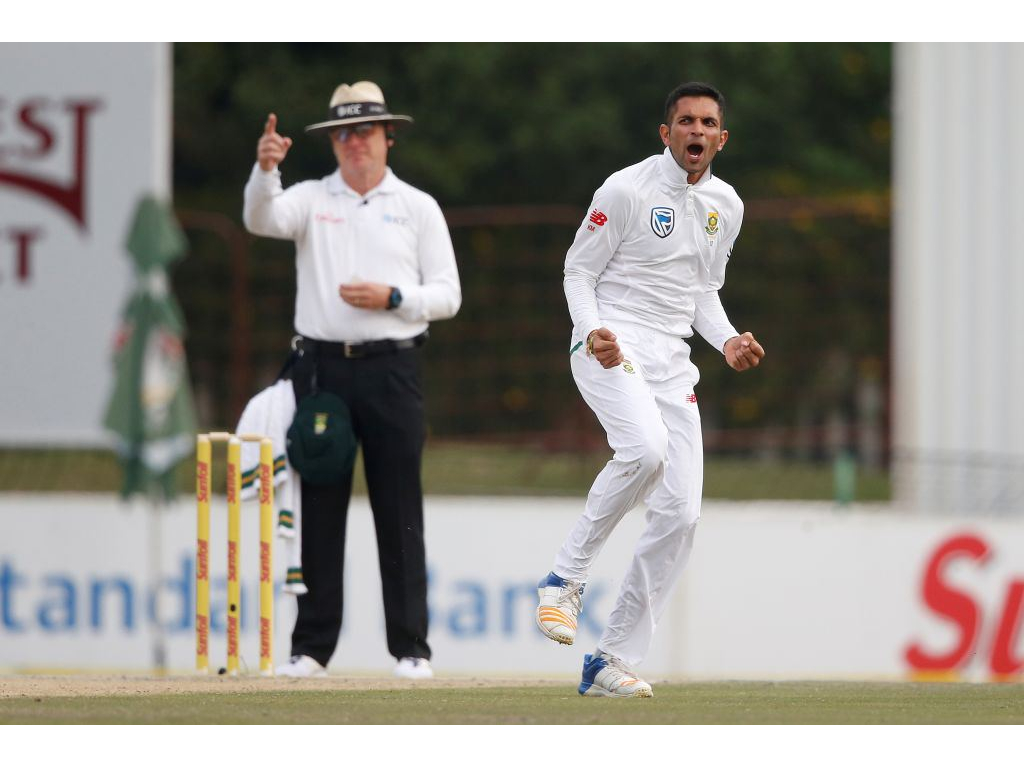 Bangladesh lost seven wickets before lunch on day five to slump to a 333 run defeat to South Africa in the first Test in Potchefstroom.

Bangladesh could only add 43 runs to their overnight score being bowled out for 90, their lowest Test score against South Africa.

The tourists would have been hoping for a day of stubborn resistance but the Proteas had other ideas with Kagiso Rabada and Keshav Maharaj leading the attack.

Morne Morkel was unable to take the field for South Africa after picking up a side strain on day four.

Mahmudullah Riyaz joined his skipper Mushfiqur Rahim on the fourth morning with Imrul Kayes having been dismissed in the final over of day four.

Mushfiqur had been the beneficiary of a number of lives in this Test, he was dropped three times and bowled of a no-ball leading up to the final day, but his luck ran out and he would be well caught by Hashim Amla fending a short one from Rabada into the slips to go for 16.

When Mahmudullah chopped Rabada on to leave Bangladesh 62 for 5 one sensed Bangladesh were not up for this scrap.

Liton Das left a straight ball from Rabada and was trapped adjacent when the ball thudded into his pads, he reviewed but more out of desperation and he was sent packing for just 4.

After that Maharaj took over having troubled the Bangladesh batsmen all morning on a wearing pitch.

He would clean up the tail trapping Sabbir Rahman (4) and Taskin Ahmed (4) leg before and wrapping up the match with a caught and bowled effort that came after some sharp work from Rabada had run out Shafiul Islam (2).

The final wicket was the fiftieth in Test cricket for Maharaj who began his Test career at the tail-end of 2016.

Maharaj (4/25) and Rabada (3/33) were the day five heroes but the Proteas will be pleased with their allround performance.

Dean Elgar was awarded the man of the match accolade after his 199 in the first innings for the Proteas.