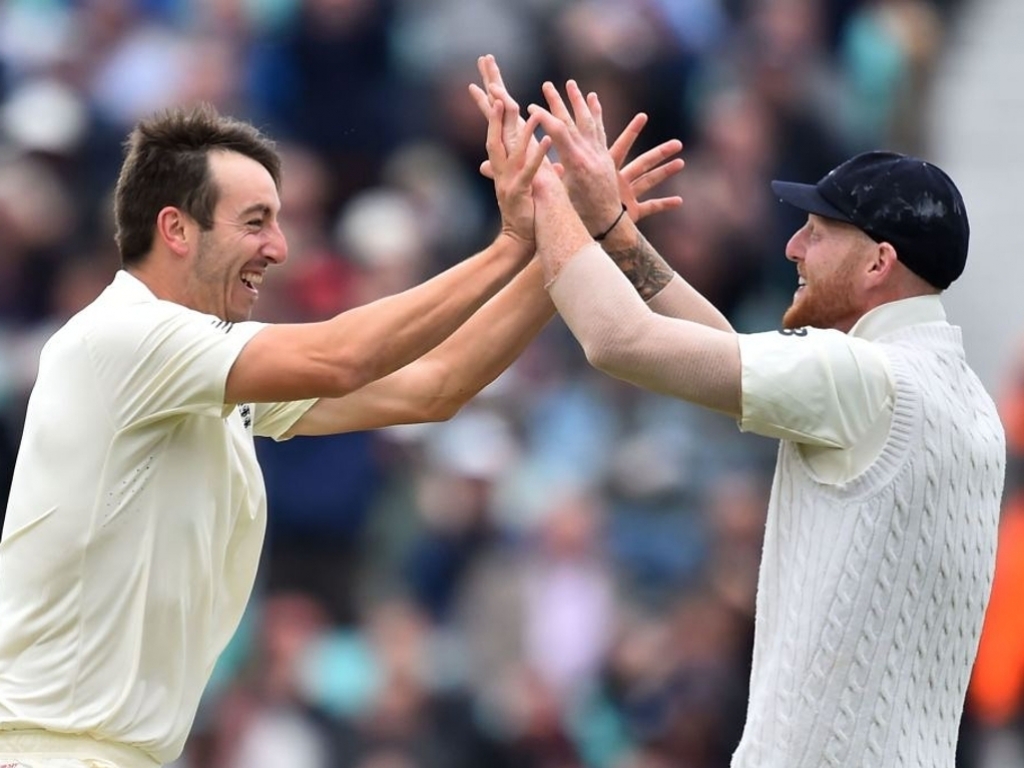 Toby Roland-Jones celebrated a memorable debut both with bat and ball to send the Proteas cartwheeling into a load of trouble on the second day of the third Test match at The Oval in London on Friday.

He first played an important innings of 25 (25 balls, 4 fours and a six) that not only enabled England’s batting hero, Ben Stokes (112 off 153 balls, 9 fours and 4 sixes), to reach his fifth Test match century and his second against the Proteas but also to post an above par total of 353 in the conditions that continued to be overcast rather than the total of less than 300 that seemed more likely at one stage.

Then, coming on to bowl at first change when the Proteas batted, he took a stunning 4 wickets in the space of 24 balls to rip the heart out of the Proteas top-order. His victims included Hashim Amla, who was caught behind off a wicked delivery that bounced sharply off a good length, and Quinton de Kock who fell to a leading edge to gulley.

Jimmy Anderson also chimed in with a couple of wickets and, with Vernon Philander unable to bat after being taken to hospital when the condition of his stomach ailment deteriorated, the innings fell apart quickly.

The light deteriorated during the course of the last hour, forcing Joe Root to opt for spin bowling to keep the players on the field. At that stage the Proteas were 81/7 in 31 overs with Temba Bavuma and Kagiso Rabada holding the fort as best they could.

The respite only lasted four overs before the light improved sufficient for Root to re-deploy is quicker men. The pair nevertheless posted the first 50 partnership of the innings before Broad bowled Rabada (30 off 49 balls, 4 fours) with a top delivery.

Bavuma (34 not out off 67 balls, 4 fours) managed to shepherd Morkel to the close, reached on 126/8, leaving another 28 runs needed to avoid the follow on and the possibility that Philander could bat tomorrow.

Conditions had been perfect for seam and swing bowling and it emphasized the importance of the batting contributions of Alastair Cook (88 off 200 balls, 10 fours) and Stokes over the course of the first day and a half.

The Proteas must have had hopes of dismissing England for less than 300 when the latter resumed on 171/4 but Stokes soon put an end to any such thoughts in successive partnerships of 63 with Cook and 75 with Jonny Bairstow. Not only did Stokes do that but, after coming to the crease at 120/4, he successfully shepherded the lower order with the last six wickets adding 233 to the total of which he made nearly half.

Vernon Philander only managed to bowl a few overs at the start of play before disappearing to hospital and his absence was obviously going to be felt under conditions that were made for him. In addition, Chris Morris could find neither his line or length when his contribution was desperately needed. Morkel (3/70 in 28.2) and Rabada (3/85 in 26) bore the brunt of the second day’s work while Philander’s figures of 2/32 in 17 overs showed just how badly he was missed.