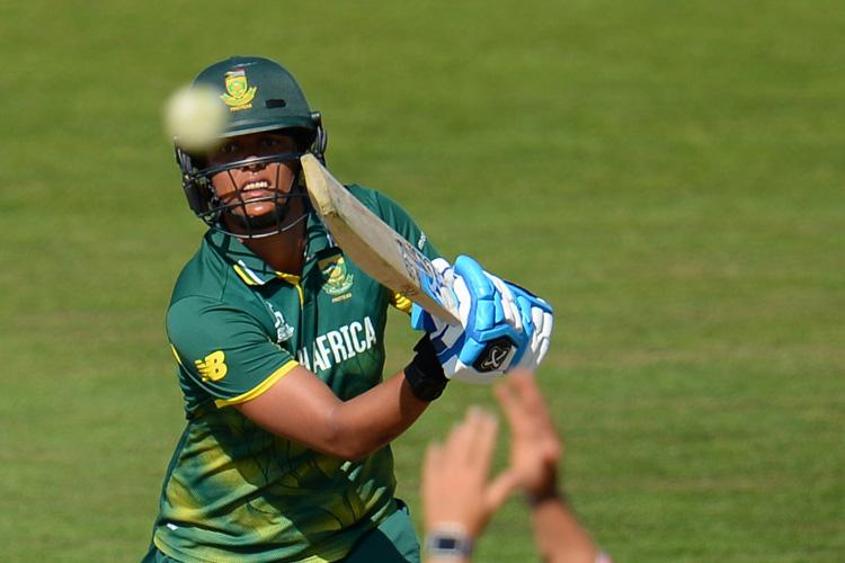 Half centuries from opener Lizelle Lee and allrounder Chloe Tryon helped the Proteas women post 230 for 7 in their fifty over in the fourth ODI against Bangladesh which proved enough for a 154 run win.

Lee got the Proteas, who were without skipper Dane van Niekerk, off to a good start adding 72 for the first wicket with Laura Wolvaardt (32) and another 48 for the second wicket with Trisha Chetty who chipped in 31 to the cause.

Andrie Steyn (11) and Mignon du Preez fell with the death overs looming and it looked as if the innings might fizzle out but Tryon brought her power hitting to the fore once again smashing 60 from 42 balls to give the home side plenty to bowl at.

Bangladesh have been disappointing with the bat on this tour and again misfired against one of the best attacks in women’s cricket.

Altho Bangladesh haven’t performed we have to acknowledge the performances of the Protea Women.Another great bowling display.This series will boost the confidence and momentum ahead of a tough series v Eng next month.Congrats @chloetryon25 Player of the Match pic.twitter.com/O2fWzI6azH

Raisibe Ntozakhe (2/10) struck the early blows alongside Ayabonga Khaka who kicked things off with the scalp of Sanjida Islam (1) ten balls into the chase.

The 19th over saw Sune Luus (2/12) pick up the wickets of skipper Rumana Ahmed and wicketkeeper Nigar Sultana to leave Bangladesh 42 for 5 and out of the contest.

The tail put up some resistance but the Proteas would again rotate their bowlers with each of the six bowlers used picking up a wicket.

Tryon would add a wicket to her 60 runs and be named player of the match for the second time in the series.

Bangladesh were all out for 76 in Kimberley and trail 0-4 in the series.