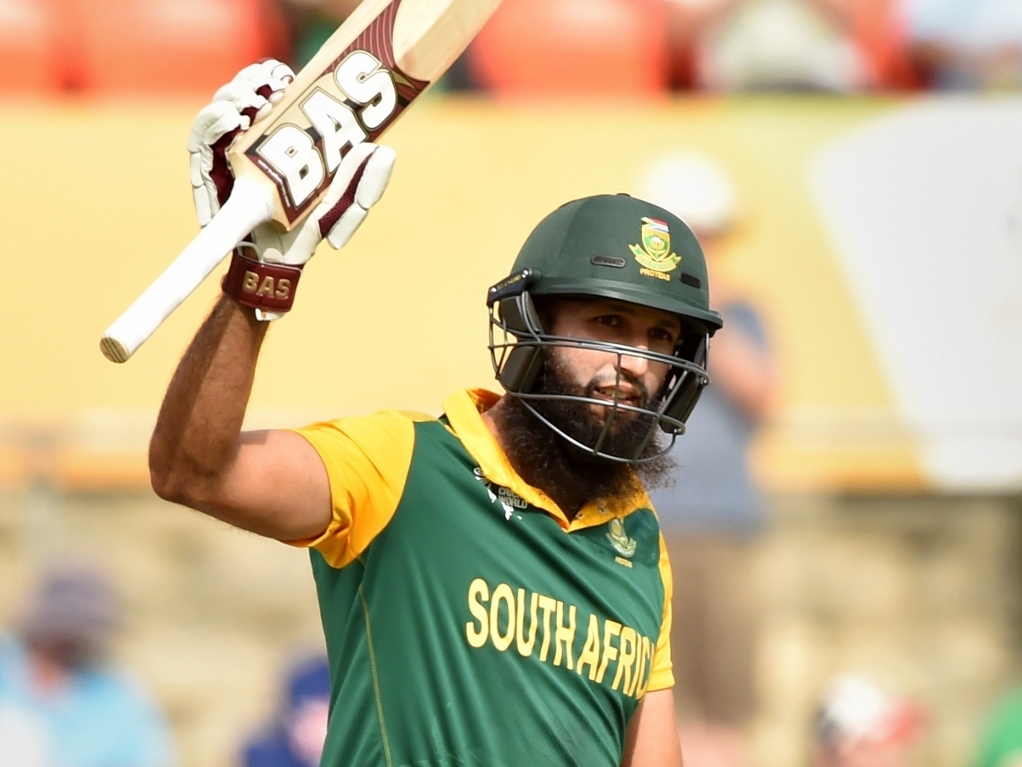 South Africa recorded a 400-plus score for a second game in a row, the first time that's happened in ODIs, thanks to centuries from Faf du Plessis and Hashim Amla, and then they bowled Ireland out for 210 runs in Canberra in Tuesday.

The Proteas recorded 411 for four, beating the 408 they made against the West Indies last week, as Amla made 159 and Du Plessis 109. Kyle Abbott then took four wickets and Morne Morkel three as they won by 201 runs.

The Proteas won the toss and elected to bat, eager to again set a big score. They lost the early wicket of Quinton de Kock, the only one of the top five to not yet fire in the tournament. He edged John Mooney behind for one.

This brought Amla and Du Plessis together though, and the pair set about recording a double century partnership. This was Amla's second ton in as many games, overtaking his previous best score in the format, which he'd made against the Windies too.

Du Plessis was the more sedate partner, relatively speaking, as he was out for 109 at a run a ball. He'd struck a six and 10 fours in his knock, before being bowled by a Kevin O'Brien Yorker.

This brought Amla and AB de Villiers together, and they put on 40 more runs before Amla fell to Andy McBrine. The medium-pacer accounted for De Villiers too, who had made 24, but the batting was strong enough to recover.

David Miller and Rilee Rossouw, both in good form, put on a rapid century stand as well, and were unbeaten. While the Proteas looked to be heading for 450 at one point, Miller's 46 not out and Rossouw's 61 not out ensured there were more than enough runs on the board.

The chase was always going to be nigh impossible, and it wasn't helped by the early removal of the entire top order. Dale Steyn, playing in his 100th ODI, accounted for Paul Stirling and Ed Joyce, while Abbott sent William Porterfield, Niall O'Brien and Gary Wilson back to the dressing room.

With Ireland on 48 for five, Andy Balbirnie and Kevin O'Brien joined forces to save a bit of pride. They batted steadily to add 81 runs together, with Balbirnie recording a half century in the face of obvious defeat.

Once he was out to Morkel for 58, the rest of the wickets fell at a steady pace. Even De Villiers got in on the act, bowling Mooney out for eight, while George Dockrell was the final wicket to fall, to Morkel, for 25.

The result sees South Africa move level on points with India at the top of the group table, though still second thanks to a lesser Net Run Rate. Ireland, meanwhile, took a big hit and a win for Pakistan against the UAE will see them jump above the Irish.